Glencore International PLC has struck a $6.1-billion agreement to buy Viterra Inc. , in a deal that would carve up a historic Prairie company and reshape the country's agriculture business.

The transaction, which had been heavily rumoured for days, was also a classic display of Glencore CEO Ivan Glasenberg's style: fast, opportunistic, and politically and strategically clever.

The result is that Glencore, already a global commodities trading giant in everything from oil to sugar, will become the biggest trader of wheat, barely and canola. "Viterra is a great acquisition for our agriculture business, especially as we had very little exposure to North America," Mr. Glasenberg said in a phone interview Tuesday.

The acquisition came in at $16.25 a share in cash, a hefty 48 per cent premium to Viterra's share price on the day before the Canadian company revealed it was in play. But Glencore will recoup $2.6-billion of the purchase price from two Canadian partners that will take a significant number of Viterra's domestic assets.

The bid was, in a sense, inevitable because of the Conservative government's decision to use legislation to strip the Canadian Wheat Board of its monopoly on export sales of wheat and barley grown in Western Canada.

Glencore and other big names in the agriculture trading business, among them Archer-Daniels-Midland, Bunge and Noble Group, knew that the end of the monopoly in August would open up vast opportunities once Canadian farmers gained the right to sell their own grain.

The pitch to farmers is that Glencore will be able to pay the top price for grain, because it has the best network of end customers abroad who need wheat. The company has offices in 40 countries around the world, seeking buyers for commodities.

For some farmers, the message sounds good, especially if Glencore uses Viterra – Western Canada's largest grain handler – as a base to get even bigger in North America.

"If that gives us more access to the U.S. and other markets, that could be a good thing," said Arlynn Kurtz, a farmer near Stockholm, Sask., and vice-president of the Agricultural Producers Association of Saskatchewan.

Glencore's deal means the likely end of a company that was started in the 1920s as a farmer-owned co-operative that eventually would become known as Saskatchewan Wheat Pool. Viterra, as it was renamed in 2007, will be split into three.

Agrium Inc. of Calgary is buying most of Viterra's retail agricultural products business, which includes at 34 per cent interest in an Alberta fertilizer plant, for $1.8-billion. Winnipeg's Richardson International is buying 23 per cent of Viterra's Canadian grain-handling business, food processing plants such as five oat and wheat flour mills, and some farm supply stores for $800-million. Glencore will get the infrastructure prizes, including 63 grain elevators and seven port terminals in Canada, and eight port terminals in Australia.

The major concern for some farmers might be Agrium's purchase of the retail stores, which will give that company a dominant position in that business.

Mr. Glasenberg, the South African former accountant who has been Glencore's CEO since 2002, has been a whirlwind of activity in an industry – commodities – that has been all but moribund since the financial crisis of 2008 and the recession that followed. A year ago, he floated Glencore on the London Stock Exchange, where it immediately became a member of the FTSE-100.

Last month, Glencore offered to buy the 65.6 per cent of Xstrata, the mining heavyweight that owns Canada's Falconbridge, that it did not already own in a $90-billion (U.S.) "merger of equals." The new company, to be called Glencore Xstrata, would be one of the world's top five mining companies.

Viterra was next. It was an open secret for at least two weeks that Glencore coveted Viterra, Canada's biggest grain handler and the owner of a significant spread of grain infrastructure, including ports, in South Australia. In truth, Glencore has been sizing up the deal for at least six months.

Glencore did not approach Viterra first. It devised a strategy to increase greatly the odds that the deal would not be scrutinized, and potentially killed, by antitrust regulators and Investment Canada. The company's executives were well aware that takeovers in Canada have become political; in late 2010, the Harper government blocked BHP Billiton's takeover attempt of Potash Corp. of Saskatchewan, the world's biggest potash producer.

Glencore approached Agrium and Richardson International in the autumn. The Swiss company had a threefold strategy: To "Canadianize" the bid; to find buyers for many of the assets that Glencore did not want in Canada (it is keeping almost all of the Australian assets); and to get a top price for them and avoid competition problems.

"It was basically a general conversation that evolved into this specific discussion," said Curt Vossen, president of Winnipeg-based Richardson, which has sold grain and oilseeds to Glencore for years.

An adviser who did not want to be quoted by name said: "Glencore lined up its ducks well before it spoke to Viterra. For example, it knew it wanted to find a buyer for the fertilizer business before it bid for the company."

The end result is a dramatic shift in Western Canada's agricultural landscape. Richardson and Glencore will each control roughly one-third of the grain trade, with the rest handled largely by U.S. giant Cargill Inc. Before this deal, Viterra controlled about 45 per cent of the market, Richardson about 25 per cent and Cargill 13 per cent.

"This is not about buying traders," Mr. Glasenberg said. "This is about infrastructure. Adding infrastructure allows us to put more products on the water and export more in a growing industry."

For a company like Glencore, the key is ensuring a supply of the materials it trades. That means cutting out middlemen and dealing directly with farmers. Owning grain elevators enables Glencore to do just that.

"Your greatest fear would be in this global demand environment, can I continue to source the raw materials that I trade?" Mr. Vossen said. He added that this type of consolidation has been going on for the past two years, with giant traders buying up grain-handling companies.

With Viterra, Glencore has filled a big hole in its agriculture portfolio – North America. Canada offers vast potential for Glencore because it is responsible for 13 per cent of the world's wheat exports, 6 per cent of barley and an extraordinary 69 per cent of canola. Viterra will boost Glencore's agricultural commodities revenues by 50 per cent or more. 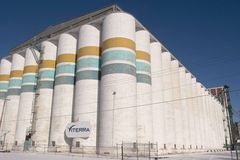 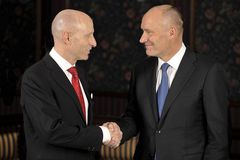 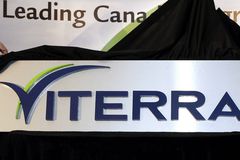 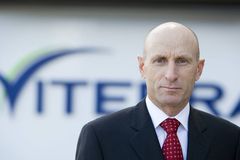 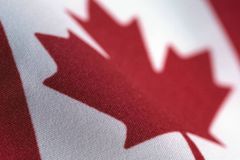 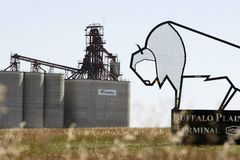 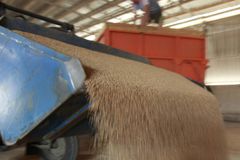 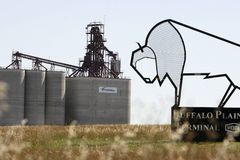 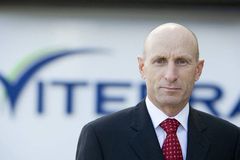