The wall of worry is turning into a fortress.

We have moved in the past year from the Swiss National Bank to Greece to oil to China to the Fed to the U.S. dollar. And now to fears over the European banking system (plus global contagion), central banks hitting the proverbial wall, and the sharp tightening in financial conditions, risking a feedback-loop recession that would exert knock-on effects right back on the capital markets.

This is the message from Mr. Market; I think the market moves have transcended the inherent risks, and that, in contrast to a year ago when value was absent, there is today a cornucopia of opportunities, but for investors with long-time horizons.

There is still the risk of catching falling knives over the very near-term, but as we know, anyone that was buying the market into the last leg of the meltdown in the winter of 2009 had their patience pay off.

In contrast to 2008, there are far fewer policy bullets left in the arsenal to rectify the situation. It is true that in many respects, the global economy, and U.S. banking sector in particular, is in far better shape than was the case seven years ago when home values, the bedrock of the household balance sheet and financial system, were deflating at a record rate.

But to a high degree, what the markets are signalling is concern over the one issue that has yet to be resolved – this issue of excess indebtedness never did go away in this cycle. And the lack of any meaningful growth in world nominal GDP has rendered the servicing capacity of this debt more dubious than investors had factored in even a few months ago.

Confidence in the appropriate policy response ever coming to the fore is waning and waning fast. Geopolitics, oil, commodities and currency movements are in some sense a sideshow.

The overriding factor right now is that the world is still awash in too much debt seven years after this impediment to growth and financial stability was first revealed. Indeed, global debt-to-GDP ratios are higher now than they were before the 2008-09 meltdown – from 270 per cent then to nearly 290 per cent today.

The issue was, to a large extent, papered over rather than dealt with head on, and in the process, efforts to enhance the denominator in the debt ratios, which is nominal income growth, never did get off the ground as too many governments around the world relied almost exclusively on monetary policy instead of pro-growth fiscal policy.

Fully two-thirds of the world's largest bond market now trades with a negative yield – but this speaks now more to a flight to safety than anything supportive for risk assets (that may have worked seven years ago at very different valuation levels). It is a brand-new world of return of capital as opposed to return on capital when there is a strong bid for German two-year notes yielding minus 0.5 per cent! At least you know what you're going to lose.

For example, gold's $1,900 (U.S.)-an-ounce peak came within two months of Mario Draghi taking the helm at the European Central Bank and convincing everyone and their mother that the central bank had the remedy. The Fed at that point still had Operation Twist and QE3 to showcase the investing world too. But as we see now, it was a classic Potemkin artificial environment – or maybe a case of Toto pulling the curtain on the Wizard.

Gold peaked and rolled over just as investors gained confidence in the central bankers of the world, and now this movie reel is in reverse as the precious metals complex tests eight-month highs.

If you need any evidence of how the markets are in disbelief of anything central bankers have to say, consider that the futures market do not have a full Fed rate hike priced in until November, 2017 – as if to defy the Fed's latest published forecasts of four more rate hikes. Kiss that projection goodbye.

This is no longer 2009 when central banks could bolster markets – the laws of diminishing returns have clearly set in.

The latest experiment on negative rates is falling flat on its face but the academics who run the world's central banks show no sign of backing away from a policy that is undermining the banking system and thereby thwarting the quest to reflate economic growth.

Much of Europe is already there, by the way, and banking stocks there are in freefall. Sweden's central bank lowered its policy rate to minus 50 basis points from minus 35 basis points Thursday – only three of 18 economists were looking for such a move, and look at the market response: The OMX Stockholm 30 index fell 3.9 per cent.

We have already had Bank of Canada Governor Stephen Poloz openly discuss the prospect of negative rates but he didn't seem convinced they would be necessary. Janet Yellen, however, seemed a bit more coy about the issue and did not say anything this week to quell speculation that the Fed would ultimately pursue such a radical course.

A move to negative deposit rates – which would inevitably undercut the money market fund industry, the pension fund industry, and the banking industry – is, in my opinion, beyond just a flawed initiative.

If there is a shortfall, not just in the United States but globally, it is fiscal policy that is working to depress economic growth as opposed to teaming up with the existing dramatic degree of monetary stimulus to finally put an end to this never-ending debt deflation cycle.

With central banks now hitting a wall, what the world needs is fiscal policy to finally team up with monetary policy. We need an entirely new strategy which would involve true debt monetization – in other words, a "money financed tax cut." This is what ends the deflation cycle once and for all – but the question comes down to political will.

David Rosenberg is chief economist and strategist with Gluskin Sheff + Associates Inc. and author of the daily economic newsletter Breakfast with Dave. For a two-week trial to the newsletter, click here and use promo code "Globe" 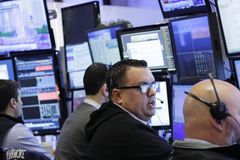 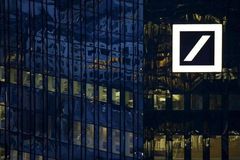