Motorola's offer of $27 per Avigilon share represents a premium of 18.3 per cent to Avigilon's Thursday closing price on the Toronto Stock Exchange.

Motorola also said it had sufficient resources, including cash and commercial credit facilities, to buy the Vancouver-based video surveillance and analytics company.

StorageVault said it had already acquired an initial 50-per-cent interest in these stores as part of the Sentinel Storage acquisition that closed last summer.

In its outlook, the company said it expects the industrial market segment to "decrease slightly, while the consumer volume should be comparable to fiscal 2017."

"These transactions, together with anticipated growth capital, are expected to be approximately $25-million through a combination of debt and equity," the release states. "This partnership will enhance the level of service in Northern Ontario and benefit customers in their communities.

EIC has funded an initial investment in Wasaya with the remaining transactions expected to be completed within the first quarter.

"We are very excited about bringing the Gamco team into our organization and believe it will be a powerful combination with our existing charitable gaming division, American Games, and our recently acquired Diamond Game business", said co-CEO John Pollard in a release.

The company also says it will raise $33.2-million in a bought-deal financing. It has an agreement with a syndicate of underwriters led by Canaccord Genuity Corp. to buy 1.8 million common shares at $18.45 each.

The company said it expects to use the net proceeds from the offering to "repay indebtedness under the company's credit facility and repay in full the company's subordinated loan agreement with Pollard Equities Limited which was entered into in connection with the company's acquisition of Innova Gaming Group Inc.

Gold Standard Ventures Corp. (GSV-T; GSV-N) says it's raising $20-million in a bought-deal financing and announced Goldcorp Inc. (G-T; GG-N) will increase its stake in the company through a non-brokered private placement.

Gold Standard says it has an agreement with a syndicate of underwriters co-led by Macquarie Capital Markets Canada Ltd. and BMO Capital Markets to buy 9.8 million common shares at $2.05 each.

Concurrent with the offering, the company said Goldcorp will complete a non-brokered private placement to increase its ownership to 9.99 per cent. It also said OceanaGold (OGC-T) has the right to either maintain its current ownership position of approximately 15.8 per cent or acquire up to a 19.9-per-cent ownership position in Gold Standard.

Gold Standard said the net proceeds of the public offering and the private placement will be used for "continued exploration and early-stage development" at its Railroad-Pinion Project and for working capital purposes.

"The sale of Copperstate is an important step in our continued efforts to work collaborately with the TSX and Canadian securities regulatory authorities regarding the divestiture of our direct investment in a U.S. cannabis business," stated Aphria CEO  Vic Neufeld in a release "We are assessing solutions that meet the needs of Aphria while protecting shareholder interests and maintaining shareholder value."

"This acquisition further demonstrates Liberty's commitment to expanding its leadership position in the U.S. medical cannabis industry" said Liberty CEO George Scorsis. "The Copperstate team has strong operational expertise and we look forward to a productive collaboration to enhance the experience of Arizona patients."

It also announced the sale of three non-core assets totalling $200-million that will be completed or will close in the first quarter, and said it completed a new $476-million lending facility to refinance its Australia's portfolio debt, repay higher cost corporate debt, and fund on-going acquisition and development activity.

"Collectively, once complete, these activities will be immediately accretive as well as increase the REIT's exposure to high-quality international healthcare infrastructure assets," the company stated. 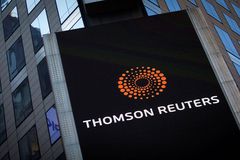 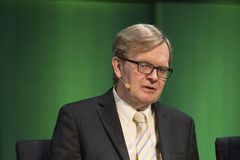 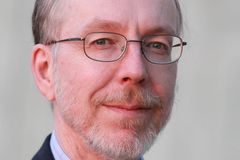