There's a lingering threat to Canadian telecom stocks, and it's not coming from foreign competition, new regulations or concerns about iPhone addiction.

Instead, the threat comes from rising bond yields. But there may be an opportunity here to buy telecom stocks when they are unpopular.

The shares of BCE Inc., Telus Corp. and Rogers Communications Inc., collectively known as the Big Three, have fallen recently and are trailing the S&P/TSX composite index.

Now, take a look at bond yields. The yield on the 10-year Government of Canada bond has surged to about 2.2 per cent, up from 1.8 per cent in mid-December, reflecting an outlook for stronger economic activity and rising short-term interest rates. The yield is now close to its highest level since 2014.

As bond yields rise, bonds start to look more attractive relative to stocks that are prized for their steady dividends. In other words, in a world where many investors are desperate for yield, dividend stocks don't look quite so special any more.

Utilities are in this tarnished camp as well, but telecom stocks could be more vulnerable given their superior returns over the past five years and high valuations.

Drew McReynolds, an analyst at RBC Dominion Securities, estimated that if the yield on the 10-year Government of Canada bond rises to between 2.5 per cent and 3 per cent – so, another 0.3 to 0.8 percentage points – then telecom stock valuations will fall. As a result, share prices could decline between 7 per cent and 8 per cent, before factoring in asset growth or dividends.

"Under this bond yield scenario, our total return expectation for the group in 2018 would be roughly flat," Mr. McReynolds said.

One response could be to simply ignore telecom stocks and sit on the sidelines for the next six months or so: Financial markets expect that the Bank of Canada will raise its key interest rate this week, and markets reflect a 35 per cent chance of another two rate hikes by July.

But here's another approach. Rising bond yields are difficult to predict, given low inflation and relatively lacklustre economic activity. What's more, some commentators believe if the United States terminates the North American free-trade agreement, all bets on Canadian interest-rate increases are off the table.

Under this approach, declining telecom stocks look attractive today. After all, their underlying businesses tap into a number of promising long-term trends: The Canadian population is growing and smartphone penetration rates are set to rise further as land-line phones are removed. (I'm speaking from personal experience here: My nine-year-old daughter is already armed with an iPhone.)

And it's hard to ignore those dividends, which are shining even brighter as share prices decline. BCE is now yielding 4.9 per cent, Telus yields 4.3 per cent and Rogers yields 3.1 per cent. 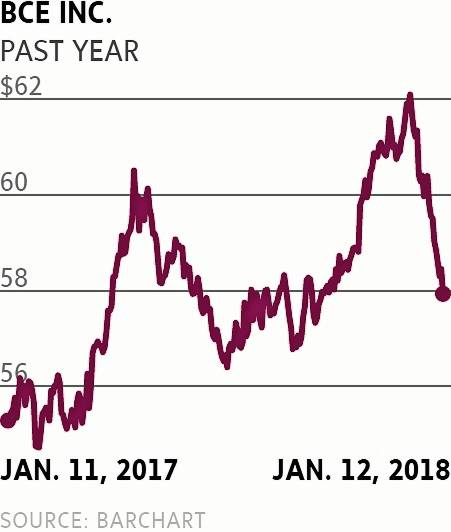 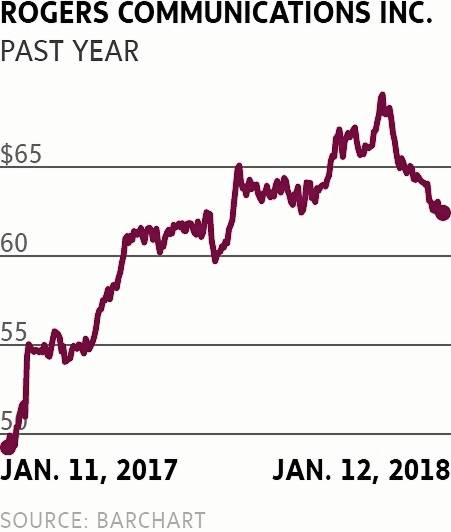 Admittedly, Telus's payout ratio is 100 per cent, meaning that it is currently distributing all of its profit in dividends. That's not sustainable over the long term, and it doesn't look good next to BCE's lower payout ratio of 74 per cent.

But, as Mr. McReynolds noted, Telus should benefit from declining capital expenditures in 2018, following a 15-per-cent jump in 2016. He expects Telus's free cash flow will rise and the company will continue to hike its dividend by 7 per cent to 10 per cent a year. 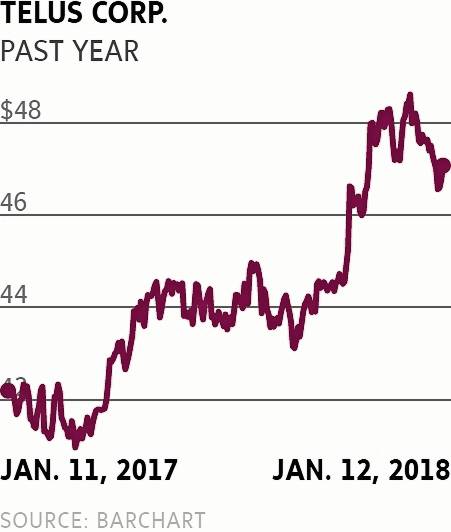 "Longer term, we believe investors will benefit from the best asset mix in the group, strong execution, industry-leading 5G preparation, any emerging economic tailwind in Alberta and steady growth in Telus Health and Telus International," Mr. McReynolds said in his note.

If bond yields continue to weigh on the share price, a good stock will look even better.

Follow David Berman on Twitter @dberman_ROB
Report an error Editorial code of conduct
Due to technical reasons, we have temporarily removed commenting from our articles. We hope to have this fixed soon. Thank you for your patience. If you are looking to give feedback on our new site, please send it along to feedback@globeandmail.com. If you want to write a letter to the editor, please forward to letters@globeandmail.com.
Comments are closed