There's nothing like a bull market in stocks to get us thinking about how great we are as investors. But perhaps some self-deprecation is in order.

The S&P 500 rose nearly 30 per cent last year, turning in its best annual performance since 1997. Few people saw that coming: Wall Street strategists had been predicting gains closer to 8 per cent at the start of 2013, at the same time that sentiment among retail investors was split evenly between bullish and bearish, according to the American Association of Individual Investors.

Arvid Hoffmann and Thomas Post, Dutch economists at Maastricht University, tackled this issue in a recent academic paper using a combination of surveys and trading data to argue that investors tend to attribute good returns to their personal skills.

That sets up a potential problem because, as noted by other studies, investors can become overconfident in their abilities.

"This literature demonstrates that investor overconfidence is associated with such behaviours as overtrading and underdiversification, which are detrimental to consumer financial well-being because they lead to underperformance and portfolios with high idiosyncratic risk," Mr. Hoffman and Mr. Post said in their paper.

In any year, this observation would serve as a useful reminder that we often get lucky with our investments – or, at least, that our returns have more to do with a bullish environment for stocks rather than our own uncanny abilities to pick the right ones.

But 2014 is an exceptional case, given the big winnings of the previous year. Within the S&P 500, it was hard to go wrong in 2013 – 54 per cent of the stocks beat the benchmark, meaning they gained 30 per cent or more. More than 80 per cent returned 10 per cent or more, and just 8 per cent lost money.

And there were huge gains elsewhere too. Japan's Nikkei 225 rose 57 per cent and European stocks (as represented by the Euro Stoxx 600) rose more than 17 per cent.

Even Canada's S&P/TSX Composite Index, a laggard among developed markets, rose nearly 10 per cent for its best year since 2010.

Whatever you did (well, shy of making a big bet on gold producers), you probably scored a handsome return, making you feel as though you've mastered this investing thing.

Unfortunately, the longer-term results of small investors suggests that mastery is a long way off for most of us. Bob Doll, chief equity strategist at Nuveen Asset Management, created some buzz this week with a chart showing asset class returns over the past 20 years, to 2011. According to his numbers, the average investor has generated a paltry return of 2.1 per cent a year since 1992, trailing everything from oil and gold to the S&P 500 and bonds. The average investor didn't even keep up with inflation.

As a professional asset manager, Mr. Doll has a good reason to scare people off their self-managing ambitions. Nonetheless, his portrayal of investors fits in with the general perception that they tend to lag major indexes by a wide margin.

This doesn't mean that investors should surrender control of their accounts and hand over their money to the pros. But it does suggest we should remain humble in our abilities, sticking to the low-cost safety of investments that track major indexes, staying diversified and holding on for the long term.

If 2013 demonstrated that we're great investors, perhaps 2014 will prove that we're not. 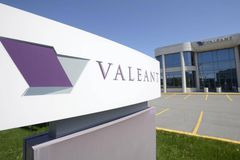 Will this year’s worst-performing stocks be next year’s darlings?
December 25, 2013