"All revenue categories, with the exception of social gaming, grew primarily as a result of a full quarter contribution from the company's acquisition of OpenBet in May 2016," the company stated.

Altius Minerals Corp. (ALS-T) says it expects to report royalty revenue of approximately $14.8-million for the first quarter ended July 31 – a new quarterly royalty record that is 78 per cent higher than in the same quarter a year earlier.

"The increases are largely due to improving base metal, metallurgical coal and iron ore prices and slightly improved potash production volumes and prices," the company said.

The company said it will release first-quarter results after markets close on Sept. 14.

The Hydropothecary Corp. (THCX-X) says it has an agreement with Havecon Projects BV for the delivery and installation of a 250,000-square-foot greenhouse at the company's Gatineau facility. Construction begins in the fall.

"This agreement will allow Hydropothecary to leverage Havecon's years of experience in delivering the highest quality products and supporting world-class growing operations, while meeting the company's ambitious timeline," it stated in a release.

This expansion will increase Hydropothecary's capacity under the Access to Cannabis for Medical Purposes Regulations (Canada) to 300,000 square feet from 50,000.

"With this expansion, Hydropothecary will be ready to supply both the medical market and the anticipated adult use recreational market," the company said.

Under the terms of the agreement, Hudbay may acquire up to a 60-per-cent ownership interest in the project, through a staged investment process.

"We are excited to be combining our proven porphyry copper discovery track record with Hudbay's acknowledged capabilities as a first-class mine builder and operator," said Robert Dickinson, executive chairman of Amarc. "We believe it will be a potent partnership that allows us to advance the Joy Project in an expeditious way, and in a manner that balances technical, economic, environmental and social considerations."

The Canadian Bioceutical Corp. (BCC-C) says it plans to create a joint venture with Panaxia Pharmaceutical Industries Ltd. that will see Panaxia provide proprietary, smokeless, pharma-grade cannabis-based products "that have been proven to be in high demand, but have not been readily available in the U.S."

The products will be produced at BCC-operated locations under licenses owned or managed by the company, the company stated in a release. "BCC will also provide the raw cannabinoid materials for final product assembly, as well as be responsible for sales and marketing of these products through its Health for Life dispensaries and its wholesale channels."

It also said Panaxia will provide the capital and equipment to build out and equip the manufacturing facility, and will supply the non-active ingredients and compounds for formulation and packaging.

The two companies will split the revenues resulting from the sales of these products equally.

Sprott Resource Holdings Inc. (SRHI-T) says it has entered into a definitive agreement to acquire 70 per cent of the outstanding equity of S.C. Minera Tres Valles (MTV) from the Vecchiola Group for $39.9-million (U.S.)

The deal includes $33.5-million in cash and $6.4-million in SRHI common shares.

Erdene Resource Development Corp. (ERD-T) says it's buying a 51-per-cent interest in the Ulaan exploration license, adjacent to the company's high-grade Bayan Khundii gold project. It has the option to acquire up to 100 per cent.

Erdene will acquire 51 per cent of the outstanding shares of Leader Exploration LLC, a private Mongolian company that currently owns the property, for $750,000 (U.S).

"Our company is pleased to be able to provide our shareholders with additional exposure to prospective areas in the vicinity of our Bayan Khundii gold project," said Peter Akerley, Erdene's CEO. "Over the long-term we believe this area will become a significant gold mining district and will continue 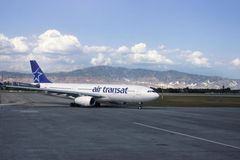