Shares of Hudson's Bay Co. have been hitting 52-week highs, but it's not due to tales of shoppers flooding its stores for Black Friday.

Instead, it's because of one very important person – a real estate appraiser – who spent some time inside the flagship Saks Fifth Avenue store in New York City. By delivering a valuation of $4.1-billion, he gave credence to the idea that, as the company's management has long suggested, investors are underestimating the Hudson's Bay store properties.

The problem for investors is that these real estate values, apparently so key to figuring out what Hudson's Bay stock is worth, are mostly a matter of guesswork.

Here's a holiday-season idea that would truly be a gift to investors: Companies whose valuations rest in large part on the worth of their real estate ought to regularly disclose their estimates of what their property is worth.

At the moment, real estate assets are almost always recorded on the balance sheet at their "historical cost," or what the company paid for them way back when. It's required under U.S. generally accepted accounting principles and was also required under the "old Canadian GAAP" that our public companies used until the adoption of International Financial Reporting Standards.

But IFRS allows companies to choose to record real estate at "fair value," notes Linda Mezon, the chair of Canada's Accounting Standards Board.

"Depending on your perspective, there are pros and cons," she says. "On the one hand, if a company has been in business a long time, and owns land or buildings in attractive locations, historical cost probably doesn't reflect the true value of these assets and fair value would be relevant information. However, some argue that the reliability of the valuation period-to-period would be questionable – and would drive volatility in the reported earnings."

One possible solution, she says, is a disclosure-based approach similar to the way that companies publish the fair value of the financial instruments that are carried on the balance sheet at cost, once a year. "The same approach could be adopted for real estate assets," she says.

The problem with my suggestion, I'll admit, is that for every Hudson's Bay for which real estate is a key part of the investment thesis, there are many other companies with significant real estate holdings that investors care much less about. And any accounting rule that makes them go through the process of valuing and re-valuing that property will have them up in arms.

"There is always a gap between the value of underlying assets and what the market will recognize," says Mark Rosen of Toronto's Accountability Research, an accounting-focused firm. "It always takes a financial engineering transaction of some kind to surface the value, either through spinning off a REIT, selling and leasing back assets, or mortgaging high-value properties."

"Consider the underlying value of the rights-of-way owned by the rails, or the real estate value of the banks' branch networks," Mr. Rosen adds. "There is untold value there, but there are significant costs to value such complex and diverse interests, and without the market's willingness to recognize that value, probably no point in doing so."

Hudson's Bay management might argue that even with all the scrutiny on the value of Canadian retail real estate in the past couple of years, the market isn't willing to recognize the value in HBC shares. CEO Richard Baker said last week the store's worth "is less than half of the estimated value of our real estate portfolio," but provided no further details.

Analyst Steven Salz of M Partners has a $35 target price on the company's shares, arguing that the real estate is worth $15 a share on top of the $20 a share the retail business is worth. He'd estimated the New York City real estate at $2.5-billion.

Analyst Perry Caicco of CIBC World Markets had valued the property at $1.2-billion and now acknowledges "it's worth more than we thought" – but says the store's actual retail profits can't support the valuation. If he plugged management's estimate of its real estate portfolio into his model, he says, the stock would be worth $40 – but for now, he's putting his target price at $23.

The company plans to reveal the results of its real estate review next spring. Until then, the value of the company's real estate will remain under wraps.

Hudson's Bay takes a chance on a new voice to sell its brand
November 13, 2014 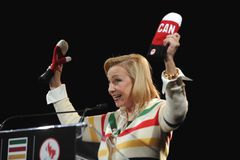 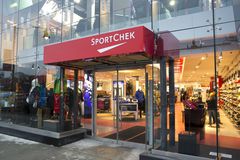 Meet the American woman at the helm of Hudson’s Bay
September 5, 2014 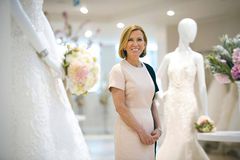 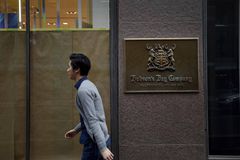