The Canadian insurance market is, generally, a nice one for investors. There's not too much competition, unlike in the United States. And despite our status as a "mature market," premium income has typically grown nicely.

Increasingly, though, it's what the big Canadian insurers are doing outside the country that's prompting investors to buy – or sell – their shares.

Manulife Financial Corp. is continuing to build its business in the fast-growing emerging markets of Asia, with those countries now providing more of the company's earnings than Canada does. Sun Life Financial Inc. is benefiting from several knock-it-out-of-the park quarters from MFS Investment Management, its U.S.-based mutual-fund company. Great-West Lifeco Inc., by contrast, is still struggling with its Putnam Investments subsidiary even as it looks to ride the European rebound with a newly added Irish insurer.

These are the storylines that now supplant the tales of the past few years, in which the insurers rode through the financial crisis and then cleaned up their balance sheets to minimize their outsized exposure to changes in the equity markets and interest rates.

Now, the companies' international efforts will be the key determinants as to whether they can boost dividends and share buybacks and build on the comebacks they've mounted over the past two years.

"For a couple of years, people focused more on the earnings. The non-Canadian operations get less attention, but they're integral parts of the companies," said Morningstar analyst Vincent Lui.

Manulife's Asian operations are distinctive from U.S. lifecos in that they're not concentrated in Japan, a mature and competitive market. Instead, it operates in eight Asian countries, with significant presence in Hong Kong, Indonesia, Malaysia, the Philippines and Vietnam, says Goldman Sachs analyst Christopher Giovanni, who recently instituted coverage of Manulife and Sun Life. The Asia segment accounts for 28 per cent of Manulife earnings, versus 27 per cent for Canada, he says, and is "the crown jewel" for Manulife, Mr. Giovanni says.

Sun Life, too, is in these countries, but with much less scale, as Asia contributes just 7 per cent of earnings, with a goal of it rising to 12 per cent by 2015, he says. "We see the potential for Manulife to stand out given its larger presence and earnings contribution in the region," he says. "While Sun Life has exposure to emerging Asia, their scale is more limited."

Manulife's Asian operations aren't yet at the highly efficient, highly profitable levels of the top companies in the region, AIA Group Ltd. and Prudential Corp. PLC, so investors aren't yet willing to assign Manulife the kind of premium valuations its larger competitors receive.

Sun Life, however, has no such problem with MFS, its U.S.-based money manager. Since 2009, its 22 per cent growth in assets under management dwarfs its peers' 10 per cent, as has its earnings growth and profit-margin expansion, Mr. Giovanni says. It's paid nearly $1-billion (U.S.) in dividends to Sun Life in the past four years – and should pay another $1-billion over 2014-2015, he estimates. "While U.S. asset manager MFS is clearly being viewed more prominently, we would argue it is still underappreciated. On almost every metric, it has consistently outpaced asset management peers."

BMO's Tom MacKinnon calls MFS "exceptional" but says that Great-West's mutual fund company Putnam is "another story." In a December research note, he said MFS's efficiency ratio, a measure of expenses to revenue, stood at 48 per cent – while Putnam's was 97 per cent. "Putnam clearly has an expense infrastructure that is significantly larger than that needed to profitably support its asset and revenue base."

Mr. MacKinnon believes Putnam would have to increase the assets it manages to $220-billion from $140-billion in order to get its profit margins to 20 per cent – at which point, it could contribute approximately 15 cents (Canadian) a share to earnings, compared with the penny a quarter that Great West loses on it at present.

The Putnam "quandary," as analyst John Aiken of Barclays calls it in a research note, is detracting from the story of Irish Life Group Ltd., which Great-West acquired just about a year ago. In the first quarter, the earnings contribution from Irish Life increased 18 per cent from the prior quarter.

"Earnings from Irish Life appear to be gaining momentum and are providing an increasingly positive outlook for growth from Europe," he says. (Mr. Aiken is one of just two analysts of 14 with a "buy" rating on Great-West, according to Bloomberg. His target price is $32, versus Friday's close of $30.70.)

What does all this mean for the stock prices? The shares have all risen significantly over the past two years, with Manulife and Sun Life doubling since July, 2012, and Great-West stock increasing 50 per cent.

That's probably why analysts are loath to forecast big gains for the next 12 months, and now describe the stocks as longer-term plays.

The case for Manulife, per Mr. Aiken of Barclays, is that it trades at a discount to Sun Life on book value and his 2014 earnings estimates. "Given its excess capital, higher beta and greater leverage to longer term growth in Asia, Manulife should be trading at a higher multiple," he says in a note.

Goldman's Mr. Giovanni takes the opposite view, with a "buy" on Sun Life and $43 price target, versus a "neutral" on Manulife. He views Manulife's U.S. business, which includes long-term-care insurance and variable annuities, as riskier than Sun Life's, so he sees Sun Life better able to raise dividends and engage in stock buybacks in the near future. "We prefer Sun Life, given its greater exposure to higher-multiple businesses that contribute cash today, a lower-risk U.S. platform, and better capital allocation flexibility."

It all means that Canada's life insurers are crafting a new life outside their home country – and investors with a taste for international exposure can get more than they may have expected. Why knowing a stock’s total return is so important
July 11, 2014 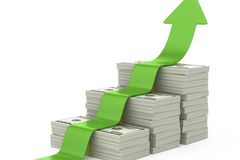 Two reasons the loonie’s ascent may be over
Subscriber content
July 11, 2014 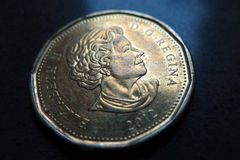 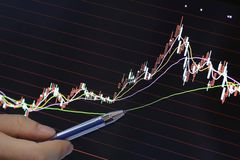 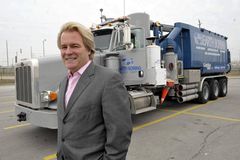