If equities are to continue their bullish run in 2014, the shares of Fairfax Financial Holding Co., run by Canadian investing legend Prem Watsa, should actually fall.

That's because Mr. Watsa and his team, so bearish on the broad market, have hedged their portfolio so heavily that the company is missing out on much of these gains.

Fairfax's intrinsic value, measured by book value per share, fell 10 per cent in 2013, the third-worst year in its history. "As they say, it is better to be wrong, wrong, wrong and then right than the other way around!" Mr. Watsa wrote in his letter to shareholders, released late last week.

Curiously, investors seem not to care. The shares were up 18 per cent in 2013 – the biggest disconnect yet between the changes in book value and share price in a Fairfax down year – and have gained another 16 per cent in 2014.

This creates a curious paradox: Investors who believe more stock market gains are ahead should probably avoid the shares, as Fairfax isn't poised to benefit. Investors who are as bearish as Fairfax management now have to pay a high price for the company's shares, as it now trades above historic highs.

Perhaps the best course of action for believers in Mr. Watsa's value-oriented ways is considering some of Fairfax's individual equity holdings – rather than the company's stock.

There are several things, apart from a stampede of bears, that can explain Fairfax's rise. The company earns the bulk of its operating revenue from the insurance business, and its insurers had a better-than expected year, with losses declining and premiums on the rise. The shares trade in Canadian dollars, but the company's book value is recorded in U.S. dollars, meaning a weaker Canadian dollar will, all other things being equal, boost Fairfax Financial's shares.

And then there's the matter of that investment in BlackBerry Ltd. Fairfax owns 51.9 million BlackBerry shares, and its $500-million (U.S.) investment could yield another 50 million shares if it converts its BlackBerry debt into stock. BlackBerry is up 48 per cent since the day in November that investors learned Fairfax would not buy the entire company, and that increase includes a 26-per-cent gain in 2014.

Fairfax stock is now approaching the $450 target price of RBC Dominion Securities' Mark A. Dwelle, whose "outperform" rating assumes a multiple of 1.2 times of 2014 year-end book value. (He forecasts a gain in book value of nearly 8 per cent after 2013's declines.)

Paul Holden of CIBC World Markets Inc., however, forecasts no growth in book value for Fairfax through 2015, as minimal investment gains will undermine insurance profits. "Fairfax is a name to own for book-value growth, and that is absent from the story today," Mr. Holden says, rating the shares a "sell" with a $400 (Canadian) target price.

So, then, what about some of the notable stocks in the Fairfax portfolio, outside of that BlackBerry block? Here are a few to consider:

Despite Mr. Watsa's dim view of the equity markets, Fairfax seems less concerned about a sharp drop in Canadian consumer spending. It now owns significant stakes in three major restaurant companies with 900 locations. The one investors can buy into is Keg Restaurants, through the TSX-listed Keg Royalties Income Fund. (Fairfax owns stock in the restaurant company, not the income fund.)

The fund owns the intellectual property behind the Keg restaurants, collecting a 4-per-cent royalty on the chain's sales. While revenue has been flat over the past two years, the fund pays out what it gets – resulting in a 6.1-per-cent dividend yield.

Fairfax also raised its stake in retailer Reitmans Canada Ltd. in December to 14 per cent, buying two million shares at $6.35 apiece to bring its total to more than seven million shares. (Before the purchase, Fairfax owned less than 10 per cent of the company, and its past buying had not been disclosed. Its annual reports suggest the position started before 1998.)

Investors willing to venture outside North America can consider both a growth story and a value play in Fairfax' portfolio.

Fairfax purchased 77 per cent of Thomas Cook (India) Ltd. in early 2012 from its over-leveraged British parent; the remainder trades on the Bombay Stock Exchange under ticker 500413. Mr. Watsa said in his shareholder letter that the company "will be our investment vehicle for India – and will not be for sale!"

Similarly, Fairfax started buying shares in Athens-based Eurobank Properties Real Estate Investments Co. S.A. during Greece's crisis and increased its stake to more than 40 per cent of the company in mid-2013 by buying shares at less than €7 apiece. The shares are approaching €9 apiece on the Athens stock exchange under the ticker EUPRO, and Fairfax had an unrealized gain of $109-million (U.S.) at year-end on the investment.

Can U.S. get Russia over a barrel? 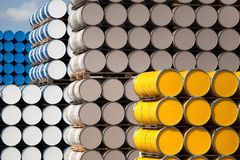 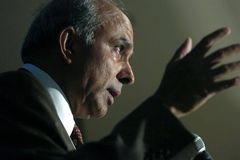 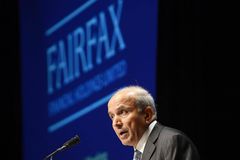