Is Santa Claus coming to town? Wall Street thinks — so even though stocks have already exceeded most expectations this year.

December on average is the best month for stocks. Investors call the gains a Santa Claus rally: a late-year boost that helps the markets end on a high note. Although there are some warning signs and reasons for concern, analysts have some solid reasons to think December 2017 will be pretty good, too.

Dating back to 1950, the Standard & Poor's 500 index has risen an average of 1.6 per cent in December. November is second, with an average gain of 1.5 per cent. Jack Ablin, chief investment officer for BMO Capital Markets, said investors made a habit of buying at the end of the year to position themselves for January, when stocks typically did well. That set off a cycle.

"When I started in the business, I remember reading studies about the January Effect," says Mr. Ablin, who's worked in finance for three decades. "Once that became common knowledge, the January Effect turned into the December Effect, and now appears to be creeping into November, too."

Stocks have climbed as the U.S. economy continued to grow and countries in other regions gained strength, all of which sent corporate profits higher. After strong gains at the end of November the S&P 500 has gained 18 per cent so far this year, thanks in large part to big gains for technology companies such as Apple, Google's parent company Alphabet and Facebook.

Meanwhile, central banks are still steadying the markets with bond purchases and low interest rates. The end of those stimulus programs are in sight, but by historic standards bond yields are low, which makes stocks more appealing as investments and borrowing money easier for people and companies to borrow money.

In the U.S., investors are pleased with President Donald Trump's cuts in regulations and the prospect of lower corporate taxes. It's also been a historically calm year for the market, with stock indexes hitting records at a steady pace without a lot of big moves up or down. Given all that, conditions seem right for further gains in in December.

"Chances are good that we end up with a positive final month of the year," says Sam Stovall, chief investment strategist at CFRA Equity Research.

One concern for investors and experts is that stocks are expensive relative to their earnings. Then again, they've felt that way for most of the year and stocks kept going higher. Perhaps the wild card is the tax cut plan, which is still being debated in Congress and could be the coal in investors' stockings if the measure appears likely to fail.

"If the Trump tax cut fails, I think the market goes into a 10 to 15 per cent decline," said Mr. Stovall. He said a corporate tax cut would help boost profits and stock prices next year, but without that tax cut, stock prices are too high right now.

Ablin, of BMO Capital Markets, says some investors might refrain from buying in December and wait until January for tax reasons. But even in a surprisingly good year, there's reason to think the market will have a solid finish: When the S&P 500 is up 15 per cent in the first 11 months of the year, it does better in December than it does in years with smaller gains, according to Ryan Detrick of LPL Financial.

Do you have an over-inflated sense of your investing skills?
Subscriber content
November 30, 2017 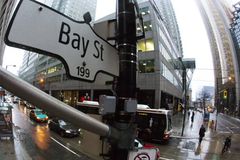 U.S. homebuilder stocks continue to soar. Here’s how to get in on the gains
November 30, 2017 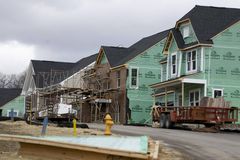 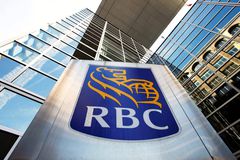