Dennis Gartman never shies away from declaring a bubble when he sees one, or thinks he does.

Today the bubble is in gold. Mind you, the bubble was in gold several months ago, too. If it was a bubble at $700 (U.S.), I suppose, it's an even bigger bubble today. But that doesn't prevent Mr. Gartman from owning gold. The man works in mysterious ways.

Vox rarely declares a bubble, but we make an exception today: The bubble is in Dennis Gartman. When you start calling Warren Buffett an "idiot" while you lose money for your own investors, you're way too big for your britches.

Mr. Gartman is, of course, author of the eponymous newsletter on all things investable.

The author is very opinionated and speaks with great conviction, which is a rare and attractive quality. Most money managers are guarded, circumspect bores on the record. Mr. Gartman is fun to read and listen to. That's probably why he gets so much media attention and, in turn, is able to raise money.

Mr. Gartman is also famous for his trading rules, of which there are 17, ranging from the sensible ("mental capital trumps real capital") to the ambiguous ("trade like a mercenary soldier"). By and large, though, his philosophy can be summed up as "Go with Big Mo" - meaning be a momentum trader (or as he puts it, "We're not a business of buying low and selling high; we're a business of buying high and selling higher").

Whether you're just vaguely acquainted with his work or an avid reader, you must have asked yourself at one point if Mr. Gartman actually makes any money for himself or for his readers by trading. Until recently, there's never been a reliable way to gauge. Now there is, and it's not particularly impressive.

Launched last March, the Horizons AlphaPro Gartman ETF is managed by the man himself using the wisdom he dispenses in his newsletter.

The fund launch was well-timed, coming as it did just as stocks were about to start one of the greatest runs of all time. Mr. Gartman's investors, though, are down. The units, sold to investors for $10 a few months ago, closed at $9.12 on Friday, giving the ETF a market cap of about $52.5-million.

Now, we have to be fair: For starters, about 50 cents of the purchase price was eaten up in underwriting fees. We can't blame Mr. Gartman for that.

And the net asset value of the fund is, as of the most recent calculation, $9.35. So while investors are down about 9 per cent, Mr. Gartman's picks have only cost them 3 per cent.

But the market is up 30 per cent since the fund launched. What's up with that? Mr. Gartman didn't get back to me, but the people at Horizons AlphaPro tell me the fund is intended to be market neutral, meaning it won't move with the market. Why? Because it's long and short, and supposedly constructed in such a way that the market's performance has no net effect on the returns. The only thing that does have an effect, in theory, is the manager's skill. It may be early days, but Mr. Gartman's performance has been found wanting.

He's expected to return between 6 and 12 per cent regardless of the market. Eight months in, he's nowhere near that. And by the way, I don't see any mention of market neutral in the prospectus, and I don't recall Mr. Gartman being a market-neutral enthusiast, although he hedges many of his trades.

What's troubling about Mr. Gartman as a money manager is that while he gives good quotes and speaks with conviction, he doesn't invest with quite the same resolve. If gold is a bubble, why buy gold? And if it's because gold is going up, even if you don't think it should, why am I paying you for your management skill? I don't need help buying whatever is going up.

Maybe the most telling anecdote is this: In the early days of launching his fund, Mr. Gartman had the brilliant idea to short Berkshire Hathaway, and short it hard: almost 10 per cent of the fund's value. By the end of October, he had closed off that trade (Mr. Gartman's rule No. 1: Never, ever, ever, under any circumstance, add to a losing position ... ever!).

Berkshire, run by that "idiot" Warren Buffett, is up 17 per cent since the Gartman fund launched.

Perhaps Mr. Gartman should add another rule: People who live in glass houses shouldn't throw stones. Never, ever, ever.

The long and short of a market-neutral strategy
April 9, 2010 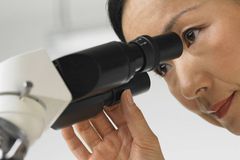 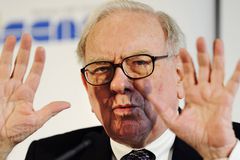 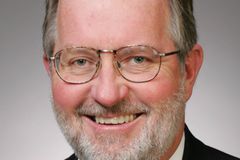 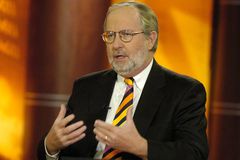