Constellation Software Inc. has long shrugged off Canada's reputation for niceness. The Toronto-based company has built an empire by rolling up vulnerable tech startups at home and abroad - along the way ousting founders and firing employees. If Constellation bruised some egos, it's rewarded investors handsomely; since the company went public in 2006, the shares have returned more than 3,000 percent, making Constellation Canada's best-performing tech stock over the last 10 years.

Lately, however, Canada's largest software company has stumbled. Constellation recently lost an $80-million acquisition to a U.S. private equity fund, the latest sign that a host of new rivals are also chasing smaller deals and pushing up acquisition prices. Now, analysts are wondering if Constellation's run of rapid growth is coming to an end. One theory is that the company's size has made it less equipped to deal with nimbler competitors. Another is that Constellation's woes reflect the limits of the roll-up model, already losing credibility in the wake of Valeant's flameout. Constellation has been one of the few firms willing to buy small, low-growth software companies, says Howard Leung, an analyst with Veritas Invetment Research in Toronto. "But now even acquisitions of a lower quality are getting competitively bid on." Through a spokesman, Constellation declined to comment, though on a quarterly conference call in October founder and Chief Executive Officer Mark Leonard acknowledged the company was missing out on too many deals.

Startups in sexy fields like artificial intelligence, gaming and social media get most of the attention, especially when they're snapped up by Apple, Google or Facebook. Constellation fishes in more prosaic waters, targeting software companies that do mundane things like helping cities organize garbage collection. These aren't exciting, high-growth companies, but they throw off plenty of cash that Constellation then uses to pursue still more deals.

Constellation comes by its name honestly, having amassed a collection of more than 260 startups in North America, Europe and beyond since Leonard, a former venture capitalist, founded the company in 1995 with $25 million from friends and a Canadian pension fund. Leonard is a mysterious figure who largely limits his public pronouncements to earnings calls and a Warren Buffett-style annual letter to shareholders. "He is probably the most intensely private individual in IT," a long-time associate told The Globe and Mail r in 2014.

The roll-up model is straight-forward: buy firms on the cheap, cut costs, goose revenue and then hold them for the long term. Constellation lets some acquisitions run pretty much as they were. Others are injected into existing firms. Six divisions focus on different industries and regions. For example, one handles Europe, another deals with government software while a third focuses on retail and hospitality. Between 2012 and 2015, Constellation sales more than doubled to $1.84 billion, while adjusted profit margins fattened by five points to 26 percent.

Constellation is not without controversy. The founder of a recent target, Broomfield, Colo.-based Innoprise Software, claimed in court that the company promised to give him a yearly cut of revenue, but started giving his product away in an effort to get municipalities to buy Constellation's other software. The founder claimed he didn't get a cent of recurring revenue. The case was eventually settled out of court. The company has been accused of anti-competitive behavior. Re-sellers of gym and sports club software filed an anti-trust case in 2005 against Constellation after it rolled up several companies in the industry; the case was eventually dismissed.

Now Constellation finds itself facing off against aggressive new rivals. In August, an activist investor pushed Canadian telecom services company Redknee Solutions to put itself up for sale. Last month, Constellation offered to invest $80-million in Redknee. It seemed like a done deal until the tech-focused Texas hedge fund ESW Capital swooped in with an $83-million dollar offer. Redknee bit, and suddenly Constellation seemed less formidable. A similar scenario played out just months before, when Constellation was outbid by Symphony Technology Group, another PE firm, for recruitment software company Bond International Software Plc.

Analysts expect competition to intensify because high valuations for bigger private software companies are luring private equity firms downstream into Constellation's backyard, which in turn is pushing valuations even higher. That's making it harder for Constellation to do the kind of cheap deals it built its business on. The shares only rose about 6 percent in 2016, compared with a 67-per-cent gain the previous year.

The company is trying to adapt. In December, Constellation said it was pushing into Asia by forming a joint venture with Japanese software investor Hikari Tsushin. It's a potentially risky move for a company that has previously mostly confined itself to North America and Europe. Constellation also plans to chase bigger deals. "It's an experiment," Mr. Leonard said on the October call. "We're probably going to bash away at it for a couple years and see what happens." 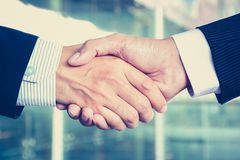