With plummeting oil prices and a declining Canadian dollar, investors in Ontario seeking alternative investments can now access private capital markets that were once available only to high-net-worth individuals.

Last October, provincial regulators announced that a new offering memorandum (OM) exemption would be introduced in Ontario effective Jan. 13, 2016. Until now, Ontario has been the only Canadian province without an OM exemption for raising capital privately.

In Ontario, the introduction of the OM exemption will allow business enterprises, particularly small and medium-sized companies, to benefit from greater access to capital from investors than has been previously permitted under Ontario securities law.

"We believe the OM exemption will provide business enterprises with a cost-effective way to raise capital by allowing them to distribute securities under an offering memorandum while maintaining an appropriate level of investor protection," the Canadian Securities Administration said in a bulletin last year.

As a result, investors will now be able to tap into investment offerings that typically provide higher rates of return in markets that retail investors could not previously access – but with much higher risk than an average retail investment product.

Prior to the exemption, only individuals who qualified as accredited investors were allowed to invest in the exempt market. For example, they had to be worth over $5-million, or have $1-million of cash and securities, or earn more than $200,000 a year ($300,000 with a spouse).

Now, retail investors will be able to invest up to $10,000 into the private capital markets annually. Individuals earning at least $75,000, or $125,000 a household, can invest up to $30,000 or $100,000 annually if they receive advice from a portfolio manager, investment dealer or exempt market dealer.

"The OSC moved cautiously when opening investments to the average person," says Jim Boyle, a securities lawyer with Boyle and Co. LLP in Toronto. "With the new regime in Ontario, investors will receive better continuous disclosure with audited financial statements and an annual notice describing how proceeds were used."

But Mr. Boyle says investors should understand the differences between exempt market investments and public securities, as well as seek professional advice from a registered exempt market dealer before jumping in.

"Let's be clear: The exempt market is not a short-term fix to an ailing portfolio," Mr. Boyle says. "The trade-off is liquidity, but you have to also lock it in for the term of the investment, which can be long term."

Assuming the client is a suitable candidate, the opportunity can provide investors with options that go beyond traditional securities, and can include a variety of industries such as real estate, private equity, oil and gas, farmland and green energy," says Adam Derges, vice-president of strategic initiatives with Raintree Financial Solutions in Edmonton.

The Investment Industry Association of Canada supports the expansion of the OM exemption to include Ontario, but is concerned that the exemption is not uniform in all provinces with several jurisdictions having different criteria to qualify to use the exemption.

"This creates inefficiencies as issuers seeking to use the exemption to raise capital nationally will have to screen investors using different criteria (increasing legal and administrative costs) and ensure they are compliant in each jurisdiction," says Susan Copland, managing director at the IIAC.

Later this year, regulators in Alberta, New Brunswick, Nova Scotia, Quebec and Saskatchewan will be modifying their existing OM exemptions to introduce new investor protection measures, including the introduction of similar individual investment limits to Ontario's.

Why high-net-worth investors should avoid living on dividends alone
November 30, 2015 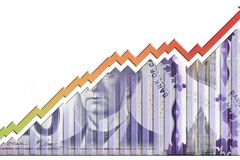 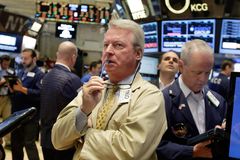