Her six-person team, the entirety of Paris-based research firm Day By Day SAS, was the best forecaster for the currency in the second quarter, according to Bloomberg rankings. To top a list of 61 firms including the likes of JPMorgan Chase & Co. and Morgan Stanley, the analyst ignored macroeconomics and relied on cyclical theories and behavioural economics.

Her strategy tracks financial markets worldwide to spot trends well before they happen, such as the rise in the Canadian dollar, which was the second-best performer among the Group of 10 currencies, behind the yen, during the first half of the year. Now, Ms. Gastaldy, whose company also won plaudits as the most-accurate European equity research forecaster after the 2008 financial crisis, projects a period of weakness for the loonie, followed by a rally into mid-2017 and then a long-term slump.

"Everything really is a cycle," Ms. Gastaldy said in a phone interview from her office near the Paris Opera. "I know of only one other person who uses a similar method and it's the man who taught me it."

Ms. Gastaldy predicts the Canadian dollar will weaken to 75.76 cents (U.S.) by the end of this quarter, before strengthening into the first half of next year, reaching 83.33 cents. She said her forecasts are based on cycles, rather than direct analysis of the turmoil following Britain's vote to leave the European Union or oil prices.

The loonie has strengthened since the Bank of Canada held its benchmark interest rate unchanged on July 13 and policy makers expressed confidence in an export-led rebound for the country's economy. It closed at 77.30 cents on Friday, down 0.23 cents.

Day By Day's approach is based on quantifying the concept that investor emotion is the main driver of global macroeconomic trends, such as the relationship between interest rates and currencies. Ms. Gastaldy began constructing cyclical models in 2002, largely based on theories developed in the early 19th century to explain periods of high and low growth.

Ms. Gastaldy credits her success to the research of Tony Plummer, an economist and director of Helmsman Economics. The two met and struck a friendship at a conference in London in the early 2000s where Ms. Gastaldy said she was astounded by his presentation and became a "dedicated practitioner" of his work.

"Valérie's managed to apply and further it with her own research on specific trends and markets like the Canadian dollar," Mr. Plummer said by phone from London.

Ms. Gastaldy's research team is tight knit, with the majority working together for more than a decade. To win the equity prize, they beat the likes of Credit Suisse Group AG and Goldman Sachs Group Inc.

"Six people might not sound like a lot, but it can be too much keeping them in line sometimes," she said. "It's a very informal environment – we like to bicker a lot and throw around ideas. Everyone's opinion matters."

Ms. Gastaldy said her models incorporate historical methods, including Kondratiev waves, which show a repeating 54-year pattern of commodity prices, and Juglar cycles, which focus on flows within fixed investment cycles of seven to 11 years. In this type of technical analysis, analysts study charts of trading patterns and prices to forecast changes in a security, commodity, currency or index.

"We took these models and we essentially made road maps that show us when and how greed and fear can evolve in investors in relation to interest rates, inflation, confidence and so on," she said.

Ms. Gastaldy's call for the Canadian dollar to weaken by the end of this quarter to 75.76 cents is in line with the median in a Bloomberg survey of analysts. Her projection for 83.33 cents by the first half of 2017 is more bullish than the median of 76.34 cents in the Bloomberg survey.

The factors that buoyed the Canadian dollar in the first half – such as the rally in oil, a lack of easing action from the Bank of Canada and unwinding of long-held bearish positions – will fade in the second half, said Vassili Serebriakov, foreign-exchange strategist at Crédit Agricole CIB in New York. His team predicts a weakening to 74.07 cents by the end of the year and a further decline to 72.99 cents by mid-2017. 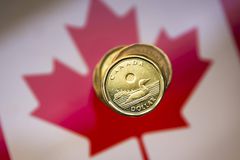 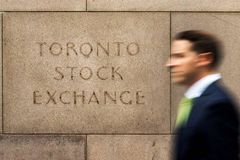