You don't have to be a Navy SEAL to make money on bonds, but it doesn't hurt to apply some military discipline to guide you through mine-infested credit waters.

Years of expansive central-bank monetary policy and excessive regulation have "broken" bond markets, increasing risks in an asset class that's supposed to protect savings, according to Phil Mesman, a senior partner and portfolio manager at Toronto-based Picton Mahoney Asset Management, which oversees about $7-billion of assets.

"You've got the lowest yield in history, the highest duration in history and the credit quality has also considerably diminished," Mr. Mesman said in an interview in Bloomberg's office in Toronto. "It's not a very good risk-reward at all."

Among the most worrisome aspects of the market is that lower-quality BBB-rated credit has more than doubled its share of outstanding issues at the expense of higher-rated debt, Mr. Mesman said. Duration has also increased as issuers seek to lock in lower borrowing costs for longer, making the market as a whole more susceptible to higher interest rates.

"If you're a CFO of any company and you haven't issued bonds, and bought back as much stock as you can get your hands on, you should probably be fired," Mr. Mesman said. "You're never going to get a market like this again."

Mr. Mesman, who worked as a trader at Merrill Lynch and as a credit analyst at a New York-based hedge fund Greywolf Capital Management, has found inspiration in Extreme Ownership, a book by veteran Navy SEALs Jocko Willink and Leif Babin. Apart from applying their rules in decision-making, Mr. Mesman also took part in a three-week long Navy SEAL boot camp in New York himself.

One of the methods that Mr. Mesman employs is debriefing, a review process the elite forces apply after each mission. The fund managers thoroughly analyze every investment after its conclusion, producing a closed-position report, which assesses decision-making, performance and volatility.

"We review the experience and ask ourselves honest questions such as, 'Were we long and wrong? Should we have owned more? What did we miss?'" Mr. Mesman said. "Staying humble and learning from mistakes is critical and our process always included reviewing mistakes to train and get better."

One of the funds managed by Mr. Mesman, an open-ended fund started in 2015 called Picton Mahoney Fortified Income Fund, returned 15 per cent in 2016 and 7.9 per cent last year. That compares with returns of 13 per cent and 6.7 per cent, respectively, of the fund's benchmark. He also oversees an income opportunities fund, a tactical income fund and a special situations fund.

Mr. Mesman looks for opportunities in "core-plus" investment-grade corporate bonds globally, often buying in times of stress like the recent bout of volatility in which he actively traded 40 per cent of his portfolio. He hedges interest-rate and foreign-exchange risk, while investing in "boring" credits with solid balance sheets and shorting bonds of companies he views as the weakest players in their market.

One example is Altice NV, a French cable and telecommunications empire which went on a bond-fueled expansion in Europe and the U.S. Mr. Mesman expects more trouble for European telecom, media and technology companies that have taken on debt in recent years for mergers and acquisitions. Other examples of sectors that could see weakness include pharmaceuticals, healthcare, retail sales and homebuilding.

Mr. Mesman said he also made money buying bonds of Canadian alternative lender Home Capital Group Inc. last year after identifying the company's troubles as a liquidity issue rather than a credit issue.

The credit cycle isn't near its end just yet as defaults among high-yield issuers remain low and spreads tight, according to Mr. Mesman. But the market isn't as strong as it used to be. It's harder for issuers to sell new bonds and some credits are more sensitive to negative headlines than in the past.

"We're likely going to be in the longest credit cycle in history because of the liquidity that went into the market through quantitative easing," he said. "For now, it's just expensiveness, rate sensitivity and single-name idiosyncratic risks that need to be navigated." 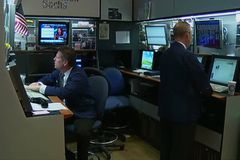