Famed value investor Walter Schloss – whom Warren Buffett once called a "super investor" – told my value investing class a few years ago that he only shorted a stock once and would never do it again.

Interestingly enough, I shorted a stock once and I would never do it again, either.

Value investors do not like short selling. Shorting a stock has an unlimited downside and if an investor holds a concentrated portfolio, as value investors do, a stock going really bad can decimate his portfolio.

Here's my experience with short selling. And it involved a relatively safe stock that's recently attracted media attention – Canadian Tire. In a recent Globe and Mail article, a columnist pointed out the gaping premium that the voting shares, or common stock, have commanded over the non-voting class A shares since the start of 2014.

The common stock trades for about $230 a share whereas the class A stock trades at about $120 a share. As quoted in the article, "The two classes of shares have exactly the same economic rights … and structurally they should be trading at par." But they are not. And there is no economic justification for this.

Let me take you back to the future. The year is 1986. At the beginning of the year, both classes of stock traded for about $14 a share. In mid-1986, the voting shares took off, reaching a value of about $40 a share, whereas the non-voting stock remained roughly at $14 a share.

I was a poor PhD student at the time when two of my professors pointed out to me the perfect hedge: Short the voting and buy the non-voting stock. There was no economic reason for the difference and there were coattails. If a bidder wanted to buy Canadian Tire, they had to offer the same price to both classes of shares. However, we did not realize that it is legal for an investor to offer to purchase only the voting shares and the price does not have to be the same for both classes of stock.

This is exactly what happened. On Dec. 9, 1986, the dealers who ran the Canadian Tire stores made an offer to buy 49 per cent of the outstanding voting shares at a price of $160.24 a share. They already owned 17.4 per cent of the voting shares. If the deal was successful they would control Canadian Tire. The common stock rose sharply to close at about $90 a share, as the market was not sure the deal would meet all regulatory approvals.

Fat tails in action! What "kills" investors' portfolios is risk that they do not know they do not know. And it was "killing" our investment, too. We had shorted at $40 a share and the stock was at $90 a share, potentially rising to $160.24 a share. The margin calls kept coming. There were many sleepless nights. There was no Internet then, so I ran to the corner store very early every morning to get the newspaper to see if there was any news on the deal.

Not only did I have financial difficulties, but I also started to develop stress-related health problems. The nightmare lasted for almost two years. On Jan. 14, 1987, the Ontario Securities Commission announced it had issued a cease-order against the deal and against the voting shares owned by the family who controls Canadian Tire as, the way the deal was structured, it contravened the Securities Act. But we were not out of the woods yet. The stock fell to about $50 – still way above the price at which we had shorted. What saved us was October, 1987, when the stock market collapsed – and so did the voting stock. It fell to about $30 and we closed our position and ran. The deal never went through. But it cost us a lot of heartache, much more than financial.

Is there something else afoot at Canadian Tire? I do not know! But better not speculate. It is the "unknowns" "unknowns" that will cause permanent loss of capital and there may not be another stock market crash to bail you out."

So if you get the urge to short the voting and buy the non-voting stock, don't do it.

Note to readers: An earlier version of this column incorrectly said the Canadian Tire family is negotiating with its 489 franchisees (dealers) as the current agreement expired July 1, 2014. In fact, Canadian Tire (the company not the family) renewed its dealer contract in 2013 and it extends to Dec. 31, 2024. 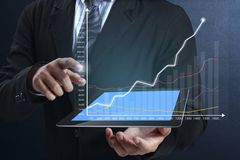 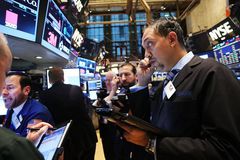 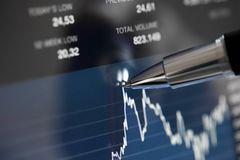 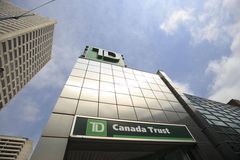