For value investors such as Norman Levine who look for bargain-priced companies, market sell-offs can be a blessing.

Unfortunately, when stocks were plunging earlier this year, Mr. Levine didn't deploy as much cash as he would have liked before the market rebounded.

"Our plan was to use the market decline to invest a great deal of our cash," the managing director of Portfolio Management Corp. said.

"We were able to add a couple of new names but markets continued to rise to where we are currently, and at these prices we find it difficult to continue adding … to our portfolio. Hopefully a much-needed correction will rectify that situation."

With the S&P/TSX composite index up about 19 per cent from its January low, he's in no hurry to part with a big chunk of his cash position, which is currently in the "mid-teens" on a percentage basis. But even after the market's recent gains, he's still finding a handful of attractive stocks.

Portfolio Management doesn't go for the big short-term score; rather, it focuses on solid businesses that it expects will produce steady returns over the long run. The Toronto-based firm, which manages more than $500-million on behalf of high-net-worth clients, sees itself as the proverbial tortoise in the investment race.

As Portfolio Management explains on its website: "Our experience and the laws of compounding show that steady, seemingly unspectacular returns compounded over time provide better long-term results than a series of spectacular short-term booms followed by the inevitable busts."

Here are five of Portfolio Management's current favourites. Remember to do your own research before investing in any security.

Power Financial controls insurer Great-West Lifeco Inc. and wealth management firm IGM Financial Inc. It also owns a minority stake in Pargesa Holding SA, a European investment company. After leaving its dividend unchanged for six years following the financial crisis, Power Financial raised its payment in March of 2015 and again in March, 2016. With earnings at Great-West and IGM growing and Europe's economy recovering, annual dividend increases are likely to continue, making the current 5-per-cent yield look very appealing, Mr. Levine said. What's more, Power Financial trades at a discount of about 19 per cent to the net asset value of its holdings compared with a historical average discount of about 10 per cent, "thus making it an outstanding valuation at its current price," he said.

Canada isn't just a leader in energy, mining and banking – turns out we're a big player in labels, too. Toronto-based CCL is the world's largest maker of consumer product labels, having parlayed a string of acquisitions into compound annual earnings-per-share growth of more than 30 per cent over the past five years. The company, which also manufactures aluminum aerosol cans and offers digital printing services, has more than tripled its dividend since 2010, and while the yield is modest, there is lots of room for earnings and dividend growth, Mr. Levine said. "Labels worldwide is a highly fragmented business and we see CCL continuing to be the industry consolidator," he said.

Interested in a "steady, boring business" that pays a solid dividend? Human resources outsourcing and consulting company Morneau Shepell is Canada's leading provider of employee assistance programs and largest administrator of retirement and benefit plans. The monthly dividend of 6.5 cents hasn't budged in more than five years, but as the payout ratio drops – it fell to about 61 per cent of normalized free cash flow in 2015, down from 74 per cent in 2014 – Mr. Levine said a dividend increase is possible. The stock "is not exciting, but not dangerous, either – a good total return company," he said.

General Electric is shedding most of its financial services assets and returning to its roots as an industrial company. "We believe GE will be a better and more focused company, and that industrial companies are awarded higher valuations than financial companies so that shareholders will benefit in the long run," Mr. Levine said. Still, investors haven't yet completely bought into the new GE, which means the price-to-earnings multiple of about 17 (based on estimated 2017 earnings) could expand as the transformation progresses, he said. Since the company slashed its dividend by two-thirds during the financial crisis in 2009, it has raised it seven times, by a total of 130 per cent.

Gorman-Rupp's annual dividend has grown for 43 consecutive years, yet the maker of industrial pumps flies under the radar of many investors because of its closely held and thinly traded shares. The stock fell in both 2014 and 2015, hurt by a combination of a strong U.S. dollar and exposure to the oil industry, pushing its valuation to the low end of its 10-year range. But the shares have been rebounding recently and "growth will re-emerge from stronger world economies, new product offerings, and international expansion and acquisitions," Mr. Levine said.

A deeper dive into my dividend portfolio
Subscriber content
April 19, 2016 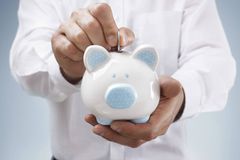 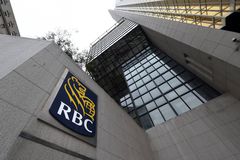