The financial crisis has imposed a "social cost" that goes beyond mere dollars and cents, and the industry will need to improve its expertise, its behaviour and its enforcement of the rules to reverse the potential damage, according to the head of the world's biggest organization for financial analysts.

"The true cost of the … lack of trust in financial markets … is a retirement-savings gap that will be growing, as people are investing in an overly defensive way because they don't trust the system," said CFA Institute president and CEO John Rogers in an interview during a visit to Toronto Thursday.

"That's a social cost that's going to be very significant, and it will break over us down the road in the next 10-plus years."

He identified three "pillars" the industry needs to build on to restore investors' trust and get them back on the road to healthy retirement planning: Better education for investment professionals (something in which the CFA Institute specializes), stronger ethical practices (another key element of the CFA Institute's mandate) and tougher enforcement of the rules by industry regulators.

On the education front, he cited the concept of the "10,000 hours" rule – made popular by Malcolm Gladwell's best-selling book Outliers – as a reasonable "minimum standard" for what should be required, in terms of combined education and work experience, for professional accreditation as an investment manager "in any market." (The CFA Institute's own system for financial-analyst accreditation requires 1,200 hours of course study and exams, and roughly 8,000 hours of work experience.)

In terms of ethics, he said he favours codes of conduct at the individual, team and firm level, rather than large, overriding government regulation.

"Research has shown that having a code of ethics at the individual practitioner level as well as at the firm level, and invoking and using that code on a regular basis, does have an impact on the propensity to cut corners," he said. "Every firm, every individual, every team should have an easy-to-understand, well-established code of ethics and standards of conduct …

"It sounds a little bit woolly, but it's been proven to work."

"There has been a lot of time spent looking to re-write the rules. We would argue that enforcement of the rules, at this stage, is very important [for] restoring trust in the system," he said. "Unless it's clear that violators will be caught and punished, the effectiveness of those regulations is really in question.

"When you actually look at the cost of heightened enforcement, it's just a drop in the bucket, relative to the hundreds of billions of dollars of wealth, and progress that can be destroyed very quickly due to a lack of trust."

While Mr. Rogers' concerns were directed at the financial community in general, he acknowledged that the field of financial analysis must also overcome a loss of faith among investors.

"Confidence was shaken in part by some challenges to norms that had existed for many years – the notion of market efficiency, the notion of normal distribution of returns. The notion that historical return patterns that we've seen over 30, 40 years could be extrapolated in a straight line out the next 10 years," he said.

"In that sense, there have been challenges to conventional wisdom. Those have definitely shaken the confidence of investors – and also have provided new material … about alternative ways of looking at markets and market returns."

That includes behavioural finance – the study of how human psychology interacts with financial-market economics. Mr. Rogers called it "the most important new development in the field in the last 20 years."

"But also, the notion of non-linear returns, non-normal distributions, irregular so-called 'black swan' events – those are things that need to be emphasized," he said.

"Bottom line, our advice is that people who are acting as fiduciaries spend as much time talking with their clients about risk as they spend talking about return," he said. "That's got to be a shift in emphasis within the practice of financial analysis." 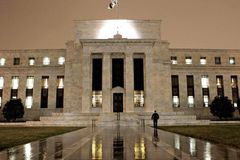 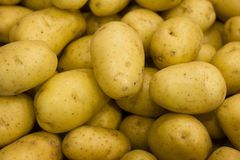 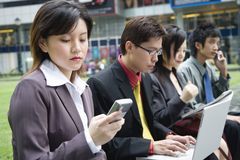