If you invest in high-quality companies, sooner or later someone with much deeper pockets will come along and take a great investment off your hands.

In February, one of the stocks in my model Yield Hog Dividend Growth Portfolio – Canadian Real Estate Investment Trust (REF.UN), or CREIT – found itself on the receiving end of a $3.9-billion (excluding debt) offer from Choice Properties REIT (CHP.UN), the real estate arm of the Loblaw Cos. Ltd. grocery empire.

Today, I'll explore the benefits of the deal and explain why, assuming the transaction is approved, I'll happily exchange the CREIT units in my model portfolio for units of a bigger and better Choice.

Merging CREIT and Choice would create Canada's largest REIT, with 752 properties, 69 million square feet of real estate across the country and an enterprise value of about $16-billion. In addition to enjoying greater scale, the merged REIT – combining Choice's retail properties with CREIT's retail, office, industrial and residential portfolio – would benefit from improved diversification. For example, CREIT's heavy exposure to Alberta – currently about 38 per cent of net operating income – would fall to about 21 per cent, while Choice's exposure to Loblaw properties – currently 88 per cent – would drop to 58 per cent. With greater diversification comes improved stability.

Commercial real estate prices have soared, making property and land acquisitions less attractive for growth-oriented REITs. But Choice's grocery-anchored centres and development sites, many located near public transit, provide years of built-in growth potential in the form of residential and office densification. This would provide a way for CREIT – whose well-respected management team would run the merged REIT – to accelerate its nascent residential business, while collecting rents from stable tenants such as Loblaws, Real Canadian Superstore, Shoppers Drug Mart and other retailers that are largely insulated from the effects of e-commerce.

CREIT shareholders can ask to receive $53.75 in cash or 4.2835 Choice units for each CREIT unit held. However, because the amount of cash is capped at $1.65-billion (or about 42 per cent of the total purchase price), if cash requests exceed the cap, the difference would be satisfied on a prorated basis with Choice units. One benefit of receiving units is that the transaction would constitute a "tax-deferred rollover" for Canadian residents who hold CREIT in a non-registered account, whereas unitholders receiving cash for all or a portion of their CREIT units in a taxable account would be responsible for any capital gains.

CREIT still trades at a discount

Based on an analysis done after the transaction was announced and using an implied postdeal value of $12.11 per Choice unit, analyst Howard Leung at Veritas Investment Research calculated that a CREIT unitholder receiving a mix of cash (42 per cent) and shares (58 per cent) would get $52.66 in value for each CREIT unit, whereas an investor receiving all Choice units would receive $51.88. (Using Choice's recent price of about $11.80, the amounts received would be $51.89 or $50.55, respectively.) CREIT closed on Tuesday at $49.91, indicating that investors are pricing in a small chance that the deal may not go through, Mr. Leung said. But he and other analysts said the transaction – which requires two-thirds approval of votes cast at a special meeting of CREIT unitholders in April – will likely proceed. He recommends that CREIT investors vote in favour.

Choice units have weakened since the deal was announced, reflecting expectations that its funds from operations (FFO) per unit would be diluted – likely in the mid-single digits on a percentage basis – in the first year. On the plus side, the increased float for Choice units "would make it a likely candidate for future inclusion in the S&P/TSX Capped REIT Index," Desjardins Capital Markets analyst Michael Markidis said in a note. That would create greater visibility and potential demand for the units. What's more, Choice plans to maintain its distribution of 74 cents annually, which equates to a yield of about 6.3 per cent, compared with CREIT's yield of about 3.8 per cent.

When Choice made its offer for CREIT, it was after more than its real estate portfolio. It also wanted CREIT's management team, led by chief executive officer Stephen Johnson, which has a long track record of growing FFO and distributions. With Mr. Johnson poised to become president and CEO of the merged company, the disciplined approach that made CREIT a success – albeit with a stumble in the hard-hit Calgary office market – would be applied to a larger portfolio with enhanced growth possibilities. Don't expect any huge windfalls in the short run, but over the long run I believe the merger could work out well for patient investors. 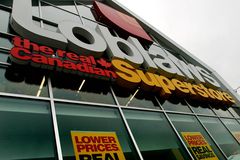 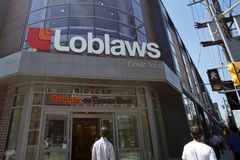