The following excerpt is from The 10 Commandments of Money by Liz Weston.

What's our plan for paying off debt?

Not many people come to marriage without some financial baggage, often in the form of credit card debt, car payments and student loans. Each dollar you spend on interest, though, is a dollar you don't have for your other goals. And as you know, debt is often a signal that you're living beyond your means, which could mean never achieving your dreams.

Creating a debt repayment plan will require that you first find out how much you spend and then determine a realistic budget for future spending. This is a joint effort, not something either one of you can do alone.

Some couples decide that payments for premarriage debts be made from separate accounts, rather than the joint account. Others take a more all-for-one approach, reasoning that they're a team now and that whatever benefits the team financially is the right thing to do. Discuss which way you want to handle it.

Debts incurred during marriage, of course, are a whole different matter. You're often on the hook for a spouse's spending, whether you knew about it or not. That's why financial planners say honesty and continued communication are so important.

What if you just can't seem to agree?

Jennifer tried to work things out with her spouse, a compulsive spender. They experimented with joint accounts, separate accounts and an allowance system in which each got a weekly infusion of "no-questions-asked" spending money. But Jennifer's husband kept overspending, and he sulked when she reminded him that they were trying to save for a house. One of the last straws: he decided he "needed" a new $40,000 car, and he stopped speaking to her when she pointed out that the vehicle cost twice his annual income. After four years, Jennifer gave up and filed for divorce.

Others hang in there longer, sometimes to their regret. One poster on the Your Money message board, who has been married twenty-nine years, recounted how she refinanced a mortgage to pay off $45,000 in credit card debt her husband secretly had incurred.

"I just found out that 4 years later, he has run up his credit cards again to $36,000 and can't help me pay taxes or any emergency expenses that come along. I am sooooo mad, frustrated, and resentful of him I can hardly stand it," poster "purse" wrote. "We are at retirement age and he doesn't have ANY money saved. . . . The sad thing is I never saw anything new to indicate he was spending. He was supposed to cut up his credit cards after the refinance. . . . I just feel so betrayed."

Another couple I know kept their accounts separate from day one because of her extensive credit card bills and student loans. When her husband asked about the debt, the wife always assured him she was taking care of it. Then the collection calls started, and he discovered she had instead maxed out all of her credit cards and had turned to payday loans to try to pay her bills. He was furious at the deception and couldn't believe she would hide the magnitude of the problem from him. But she was angry, too, claiming his holier-than-thou attitude about debt prevented her from talking to him honestly about what was going on.

Few couples are on exactly the same page when it comes to money, but some partners are so far over the edge that their destructive habits can sabotage the family finances. How can you tell whether your partner just needs a little persuading or is a total financial basket case? You're facing an uphill battle if:

If your partner has problems with alcohol, drugs or gambling, he or she literally can't think straight. Financial progress takes a backseat to feeding the addiction. Recovery is always possible, of course, but you'd be smart to get counseling (even if your partner won't go) and attend a support group such as Al-Anon, Nar-Anon or Gam-Anon. (Our message board poster wrote that her husband had a longtime drinking problem, and no interest in pursuing treatment; last we heard, she was pursuing a divorce.)

Overspending can be a symptom of a number of mental problems, including depression, bipolar disorder and attention-deficit/hyperactivity disorder (ADHD). Adults with these conditions may not be able to resist impulse spending or to tend to the details of their finances, leading to big debts, late fees and other fallout. Again, progress is possible, but the underlying disorder must first be properly diagnosed and treated. (After a huge fight about their finances, the woman who had taken out payday loans sought help from a counselor, who diagnosed her with ADHD. Treatment and medication helped reduce her symptoms. She decided she couldn't handle credit cards and now uses a debit card linked to a checking account with no overdraft privileges.)

There's no acknowledgment of the problem.

This may be the hardest nut to crack. Your partner either doesn't see what you're worried about or blames the problem on you. Counseling and sessions with a financial planner may help, but if your partner takes no responsibility and instead blames others, prospects for improvement may be dim. That was Jennifer's situation with her husband, and she counts herself lucky that the marriage lasted only as long as it did.

Many people try to insulate themselves from an overspending spouse by keeping separate accounts, but there's a big danger in that: you can't see what he or she is up to. Separate accounts can allow profligate partners to run up big secret debts. In any case, simply setting up separate accounts while you're still married may not protect you from your spouse's financial missteps.

In community property states, which include Arizona, California, Idaho, Louisiana, Nevada, New Mexico, Texas, Washington and Wisconsin, debts incurred during marriage are typically considered joint debts. In other states, debts can be considered joint if they were incurred for family necessities, such as food or shelter. Even when a debt is the sole responsibility of one partner, some states allow creditors to go after jointly owned property if the debt is not paid.

You can get an idea of your liability, and what you can do to protect yourself, by talking to an experienced bankruptcy attorney who knows your state's laws. You may be able to legally wall yourself off from your spouse's debts, even in community property states, through a document known as a postnuptial agreement. Or you may decide to divorce rather than incur further liability.

For most couples, though, the picture isn't nearly so bleak. Even

those with drastically different money skills and approaches can find a compromise that works. Couples who work out their financial differences usually do so by taking the time to understand each other's point of view and being willing to compromise, financial experts say.

"It comes down to . . . how they deal with conflict," says Sandra Wang, a financial adviser with Morgan Stanley Smith Barney in Palo Alto, California, who is also a licensed marriage therapist and a certified divorce financial analyst. "It takes a lot of work, and a lot of people don't want to do that."

Besides, money can be extremely tough to talk about, says financial planner Tracy B. Stewart of College Station, Texas. Many couples with financial disagreements find they need a third party, such as a counselor or a financial planner, to help them navigate these tricky issues.

Some ways you can get on the same page:

Understand where your partner is coming from.

Talk about how your families dealt with money growing up. Share your first memories of having or spending money, discuss each of your parents' attitudes about money and talk about what you wish had been done differently in your family. Chances are you'll gain valuable insights into your partner's current approach to finances (and probably into your own, as well).

Often spenders are "seize the day" kind of people who are spontaneous and fun, Wang says. They can be an important counterweight to savers, who tend to value the future over the present. My husband's insistence that we live life today, as well as save for the future, has resulted in some terrific vacations-and much nicer furniture than I'd have bought had I been left to my own devices.

Talk about short-term goals, such as your next vacation, as well as longer-term plans like paying for the kids' college and saving for retirement. People who live for today need to have something to look forward to in the near future; too much delayed gratification makes them grumpy and unwilling to cooperate with the longer-term plans.

Track where the money is going.

Stewart asks married clients to bring in at least three months' worth of bank and other account statements so they can see exactly how much income has come in and how much has been paid out. Sometimes this evidence is enough to get an overspending spouse to realize that changes need to be made, particularly if the outgo greatly exceeds the income.

If your expenses exceed your income or you're not saving enough for your goals, cuts will have to be made. But the spender should have an active role in deciding exactly where to cut. "The key is for the person we're dealing with to own the reduction in spending," Stewart said.

Attack the problem, not each other.

No one is blameless here. "It takes two to tango" and create the dynamic that causes financial problems, Wang notes. Attacks and accusations are counterproductive. Instead, she suggests, focus on working as a team.

Excerpt of The 10 Commandments of Money is courtesy of HUDSON STREET PRESS, an imprint of Penguin. 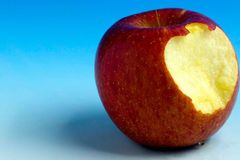 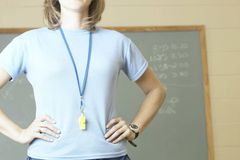