I often see analyst price targets mentioned in the business section. What do these targets mean? Are investors supposed to sell when the stock hits the target?

No. Price targets reflect what the analyst believes a stock will be worth at the end of a certain time period, usually one year or 18 months, depending on the broker.

Price targets are related to, but not the same as, "buy", "sell" and "hold" recommendations. For example, if a stock is trading for $50 and an analyst has a 12-month price target of $100, you can bet he or she will also have a "buy" recommendation on the company.

If the stock hits the target within the 12-month period, however, it doesn't necessarily mean the investor should sell. That's because the analyst may well have changed his or her price target in the interim. A good example is Apple Inc. ; analysts have been raising their price targets on the iPhone and iPad maker for years as the company's earnings and stock price march higher.

Sometimes it may seem like it, but analysts don't just pull their price targets out of thin air. Typically, they estimate what the company's earnings and cash flow will be for the next couple of years, and then apply a ratio – such as a price-to-earnings ratio – to those estimates to determine what the future stock price should theoretically be.

Let's look at a real-life example. Benoit Poirier, an analyst at Desjardins Securities, has a 12-month price target of $85 on shares of Canadian National Railway Co., which closed Thursday at $79.09.

He arrived at that target, in part, by assigning a price-to-earnings multiple of 17 to CN's expected per-share earnings over the next 12 months. Why 17? Because that's the average historical P/E multiple for U.S. railways.

Analysts also commonly use two other valuation methods, namely the EV/EBITDA ratio and discounted cash flow analysis to arrive at their targets. EV/EBITDA is enterprise value (essentially market capitalization plus debt) divided by earnings before interest, taxes, depreciation and amortization. Discounted cash flow analysis estimates what the company's future cash flows would theoretically be worth today. In Mr. Poirier's case, the price target is based on an average of all three methods.

Price targets frequently change, depending on the outlook for a company's earnings.

This week, for example, analyst Paul Lechem of CIBC World Markets raised his price target on Enbridge Inc. (a stock that I own) to $44 from $41, after the company announced plans to boost pipeline capacity to the U.S. Gulf Coast. The new $44 price target isn't carved in stone, however.

Some investors are suspicious of price targets, seeing them as primarily a way for the brokerage industry to generate interest in a stock. Indeed, whether intentionally or not, some price targets have been badly off the mark.

One of the most glaring examples is Research In Motion Ltd. Two years ago, some analysts had price targets of more than $100 for the BlackBerry maker. But RIM's stock instead went into a downward spiral; it closed Thursday at $13.69.

RIM may be an extreme case, but it's not isolated.

Analysts do exhibit skill in forecasting earnings, the researchers said, but "target price forecasts are overly optimistic on average, and … analysts demonstrate no abilities to persistently forecast target prices."

To be sure, all sorts of exogenous factors – the economy, interest rates and the prevailing mood of the market, for example – can play havoc with stock prices. That's one more reason to treat analyst price targets as the informed estimates that they are, not as the definitive word on where a stock is heading.

Globe Investor has a wealth of information on the latest analyst views. Click here to learn more on where to find it on our site. And to see some of the day's key analyst actions, read our Eye on Equities posting.

Will my portfolio earn double digit returns? Likely not 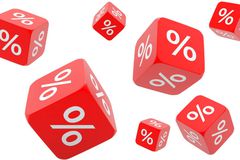 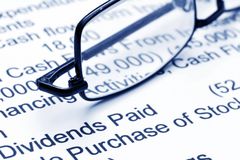 Help! I want to be a DIY investor, but where do I start? 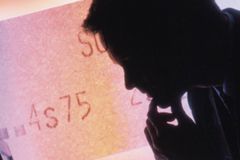