With a young, well-educated population, a high-yielding stock market and plans afoot for major improvements in outdated oil production facilities and infrastructure, Iran would appear to be a good prospect for serious Canadian investors.

The recent lifting of economic sanctions brought predictions of a bonanza for those who want to get in on the ground floor.

But while the prospects for this high-growth frontier market might be inviting, investment and foreign-policy experts urge caution. From the region's geopolitical volatility and the country's lack of transparency to low commodity prices and the many remaining and possible sanctions, this potential success story is not yet being written.

"The numbers are pretty extraordinary, but it's hard to invest in," says Tyler Mordy, president and chief investment officer of Toronto-based Forstrong Global Asset Management, which includes emerging and frontier markets among its globally diversified exchange-traded funds.

Mr. Mordy calls Iran "interesting" but says there is "no actionable way for Canadians to gain access" through investment vehicles listed in Canada or the United States. Risks and transaction costs are substantial, he says: "It's still a difficult market."

Iran is nonetheless tempting. Nearly two-thirds of the population is younger than 35. Western tastes are becoming more popular, and one-quarter of a million new engineers are graduating from its universities every year, Mr. Mordy says.

The Iranian stock market trades on a price-to-earnings ratio of 5.5, with a dividend yield of 13 per cent. Mr. Mordy notes, however, that experts have concerns over market liquidity, or the ability and cost of buying and selling investments there.

One of the biggest problems in Iran is a lack of information, says James Devine, an associate professor of politics and international relations at Mount Allison University, who is a specialist on Iranian politics and foreign policy in the Middle East.

Canada has not yet normalized relations with the Islamic Republic or reopened its embassy in Tehran – more reasons to hesitate, he notes. These shifts are happening slowly, but investors and traders there could find themselves without support. Other impediments include language, with little English spoken, as well as fluctuating currency rates and the strength of the country's bonyads, charitable trusts that play a major role in Iran's non-petroleum economy, controlling some 20 per cent of its GDP.

"It's difficult to figure out how it all works," says Dr. Devine, who expects now that some sanctions have been lifted to see rising demand for typical Iranian products such as pistachios, carpets and oil and gas. One way to get a stake in the country's growth is to invest in companies that can capitalize on its strong market for aircraft and equipment to rebuild its oil production infrastructure, he says.

Thomas Juneau, an assistant professor of public and international affairs at the University of Ottawa, says the failure of Iran to reform its domestic economy as sanctions have been lifted has left an uncertain environment rife with ambiguous laws, mismanagement, corruption and heavy bureaucracy.

"Uncertainty is a big obstacle, especially to investment," he says. Bringing the oilfields back to producing Iran's prerevolution output of six million barrels a day, more than double the current level, "needs massive amounts of foreign investment and capital and access to technology," he says. This will be difficult given the country's economic and political troubles.

"And there's always a risk of new tensions with the United States," Dr. Juneau says, especially if a Republican president is elected this fall. It's difficult to use U.S. dollars for transactions with Iran, and many sanctions remain, he says.

Meanwhile, for Canadians, laws put in place by the Harper government complicate dealings between the two countries. As a result, businesses and investors could begin to lose ground to Europeans starting to move in, he notes. Even so, he says, "the potential in Iran is massive."

Mr. Mordy says the boom in emerging markets from 2002-11, largely linked to China's rise, has cooled. Investors checking out emerging markets today need to choose commodity-importing countries that have a favourable macroeconomic backdrop, such as Vietnam. They should avoid "mouthwatering valuations" in markets such as Russia and Brazil, he warns, which as resource exporters have been hit by the bear market in commodities.

Mr. Mordy thinks we will see an Iranian ETF at some point.

"But there are clear geopolitical risks and resource- and commodity-related risks," he adds. "It's very off-radar right now." 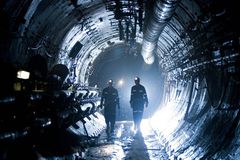 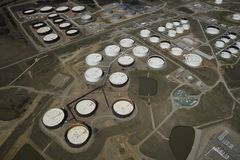