The best was saved for last in both Canadian and U.S. stocks, as the fourth quarter proved to the strongest of 2017, making for lively market conditions for a trio of fund managers trying to make money for a higher cause.

The three were participants in an investment challenge to raise money for the Holland Bloorview Kids Rehabilitation Hospital in Toronto – the largest facility of its kind in Canada. Its aim is to improve the lives of children living with disabilities.

Three fund managers each started with $25,000 donated by their respective firms. Each managed that money on behalf of Holland Bloorview over the course of the 2017 calendar year, with all capital and investment gains going to the hospital.

In 2017, the challenge raised a total of $275,000, which "will be used to develop new technologies that will help kids speak, walk, and play, improve patient care through innovative research, and provide specialized camps and recreation programs that let kids be kids," a hospital spokesperson said.

As for the final quarter of 2017, here is how each money manager fared.

There are good funds, consistently good funds, and then there's this particular fund, which provides non-bank mortgages to commercial, industrial and residential property developers.

Dating back to the end of 2005, this mortgage investment fund has posted net returns of 0.6 per cent and 0.9 per cent every month for the last 144 consecutive months. That typically translates to an annual return of 8 per cent, year in, year out.

"It's not all that exciting," Mr. Roitman said. "But if you can keep chugging along at 8 per cent every year, over a decade you look pretty good against basically anything else."

The year just ended was not an exception, with third-quarter returns of 2.1 per cent, bringing performance on the year up to 7.9 per cent.

Doing better than that is difficult in an ultra-low rate environment, where it's not hard for many types of borrowers to secure bank financing, especially for projects such as office building and cash-flowing properties such as hotels.

Which is why Mr. Roitman said he welcomes rising rates, the latest evidence of which was the Bank of Canada's policy rate hike last week.

The mandate for this fund could hardly be looser: "Roam the world and take advantage of the most interesting opportunities," Mr. Caldwell said.

And it doesn't get much more interesting than cryptocurrencies and blockchain, the digital ledger technology supporting bitcoin.

"Of course it's a bubble, and of course it's going to pop," Mr. Caldwell said. But the technology could still prove to be transformational.

Overstock's shares caught fire after one of its subsidiaries announced it was launching a digital coin exchange in late September. From that point to the end of the year, the company's stock rose in value by 170 per cent.

That was a key contributor to the 27-per-cent return the Pendragon fund realized in the third quarter alone. Offsetting losses from earlier in the year, that surge lifted the fund's performance to 14 per cent for the 2017 calendar year.

For value investors as a collective, the market in general has not been tilted in their favour for several years now. With valuations steadily trending upward, the bargains are in short supply, while growth strategies continue to put up big numbers.

There is a cost to maintaining a cautious position, but Mr. Snow looks at it more as a temporary lack of upside capture.

"What I tell my clients is that now is not the time to take on excess risk, but that we should be preserving capital until whatever disruption we're waiting to occur occurs," he said.

In the meantime, he said he is still finding good buys while keeping a large cash position.

"We focus on absolute returns. We're still compounding on the value we've delivered over the last number of years," he said.

The fourth quarter presented some opportunities after the market misinterpreted some of the implications of U.S. President Donald Trump's tax bill, Mr. Snow said. Some U.S. insurers were bid down unjustifiably, giving Mr. Snow the chance to add some holdings at decent valuations.

The fund posted a 2.3-per-cent return in the fourth quarter, putting 2017 performance at 6.3 per cent. 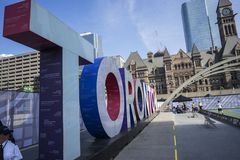