The RCMP's white-collar crime units have "their strategy all wrong" and need to adopt more-traditional policing methods to crack down on corporate wrongdoing, says the new head of the police force.

There are ten IMET units across the country, responsible for the force's major fraud and securities investigations. The IMETs have faced frequent criticism since their creation in 2003 for taking years to complete investigations, filing few charges, and winning only a handful of convictions.

"They got their strategy all wrong," Mr. Paulson said told The Globe and Mail's editorial board Monday. "They've got it all wrong. We sit around waiting for people to throw us bones out of the regulatory bodies. And we're not being police officers.

"When you're a police officer, you go to the area where the crime is happening, you scan it, you see who is doing it, and you get in there. You talk to humans, you recruit sources, you do undercover operations. And you get evidence in the near term and you bring it to court."

He added the ideal police officer for IMETs should be someone with "fangs" who is "hungry" to succeed. "I call them professionally aggressive," he said.

The division's first challenge will be "fighting the reputation that they are inept," said University of Toronto business professor Rick Powers. He said the commissioner must give the units the staff and money they need to get investigations finished.

"At this stage, it's our only national (securities) regulator, and if they're prepared to put the resources into it and make it a priority, then great."

It would be a new division of responsibilities if the commissioner wants provincial securities regulators – who cannot prosecute cases in court under the Criminal Code – to handle document-intensive securities cases as administrative matters, while IMET focuses more on ongoing criminal frauds like boiler-room stock frauds that may better be tackled with on-the-ground policing, she said.

"In a way, I think 'good for him' for saying that IMET needs to have a particular focus and a particular role," Ms. McKinnon said.

Criminal lawyer Douglas Hunt, a former Ontario Crown attorney, applauded Mr. Paulson's plans to retool IMETs to make them move more quickly to lay charges, saying current multiyear delays do "a disservice to the public." He said the RCMP did a far better job on commercial crime investigations in the 1970s and took more initiative to launch cases.

Mr. Paulson also took a swipe at one of the most controversial incidents in IMETs history, which occurred in 2005 when the Toronto unit raided the headquarters of Bank of Nova Scotia in downtown Toronto, driving a truck up to the building to hold materials removed from corporate offices. Investigators wanted documents related to bank client Royal Group Technologies Ltd., which was under investigation at the time.

"If you wheel up with a semi-trailer in front of the Bank of Nova Scotia building and take all their documents, you're going to be a few years trying to sort that all out. It's just the wrong strategy," Mr. Paulson said.

The RCMP eventually laid charges against Royal Group officials in 2008, but the executives were all found not guilty by a judge last December following a lengthy trial, marking a high-profile loss for the IMETs.

The commissioner said he does not think the RCMP should continue to press for new laws that would force third-party witnesses in securities cases to be interviewed by the police. Such "compelled" statements are allowed by provincial securities regulators, but are not allowed in criminal investigations that could end up as a basis for criminal charges.

IMETs officials have said in the past that they need such powers because many witnesses in corporate fraud cases refuse to be interviewed, or are told by their own corporate lawyers not to give statements to the police.

"My very simple country cop assessment is that the Charter [of Rights and Freedoms]is not going to let that happen," he said. "You're not going to get a compelled statement that's going to produce evidence any court is going to be interested in having. So why bother whining about that?" 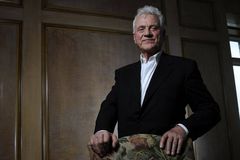 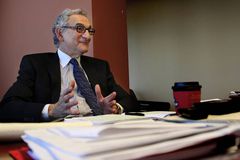