Tax season deadlines can throw procrastinating Canadians into a last-minute panic, but savvy smartphone users might find relief in a small number of apps, some that can make tax filing almost as easy as snapping a picture.

While filing taxes on "apps" – shorthand for applications that operate on smartphones – has become popular in the United States, it's not yet as entrenched in Canada.

But this year software developer Intuit took a big step towards that goal with the introduction of SnapTax, adding to a small list of Canadian apps aimed at making the job less painful.

Intuit, best-known for its Quicken and TurboTax desktop tax filing software, designed the free iPhone app to allow Canadians to fill out their tax return simply by taking a photo of their T4 slip, making a few minor adjustments to the digitally translated information, and sending it to the Canada Revenue Agency (CRA).

The creators of SnapTax say their plan is to develop a more complex app for tablet devices that uses the iPhone as a "capturing device" that will transfer pictures of documents to a tablet for future tax seasons.

"So, that 'Movember' charitable receipt you received back in November, it would already be waiting for you in your tax profile," said Richard McCann, product Manager for SnapTax.

Mr. McCann expects the shift to digital filing will continue in the coming years as more Canadians get their T4 slips online, which will eliminate the need to manually input your data into tax forms.

"Locking yourself in for two hours becomes almost like SnapTax – down to minutes," he said.

That means if you have RRSPs or are filing complex business claims, SnapTax won't make the job any easier.

But if you're a student, or anyone else with a simple tax return, the iPhone app will make it a breeze and relatively inexpensive – it costs $9.99 to file directly to the CRA's Netfile system using the program.

In the next few years, the increasing trend toward electronic delivery of T4 slips and other forms will make it even easier to shoot that information into a smartphone.

"Instead of a paper form in the mail … you're just going to get it delivered electronically," Mr. Shawchuk said.

"Gone should be the days of the shoebox of receipts and sitting up until two in the morning at the kitchen table trying to figure out what they all are," he said. "With modern technology … it's pretty easy."

So far, the variety of apps for Canadian tax filers is more limited than south of the border. And, if you're not using an iPhone, they work with varying degrees of success.

Most operate on a very basic level and are primarily intended to help you corral the various documents you might need to complete a filing.

SnapTax, for example, is already available across numerous platforms in the U.S., including the iPad tablet and Android devices, and H&R Block has its own mobile app with a handy checklist and tax refund estimator.

There are few Canadian tax apps designed for smartphones that run on the Android operating system and the same goes for the BlackBerry – though a handful of apps offer a glossary of tax terms like KPMG Tax Hub Canada, for people who run businesses, and a Canadian Income Tax Calculator.

Tax Receipts Shoebox (available on BlackBerry App World, $2.99) is one of the more useful BlackBerry apps, as it allows you to take pictures of receipts you intend to keep on file in case of an audit. The problem is that it doesn't work on more recent BlackBerry devices.

It's important to remember that you can utilize the technology in your hands without installing apps. Anyone can use a digital camera or smartphone to snap a picture of their restaurant receipts or other expense claims and put them on file for later use. Just make sure the image is completely legible.

Students: These 5 tax breaks can put money in your pocket
April 4, 2012 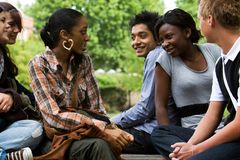 Seven tax surprises that trap Canadians of all ages
April 13, 2012 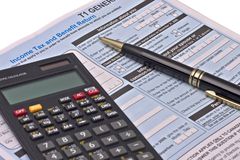 Is your donation getting the best bang for its buck at the checkout?
April 18, 2012 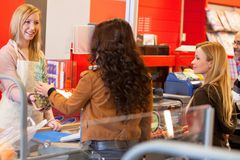 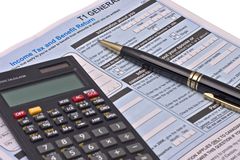 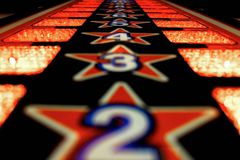