When my husband and I bought our first home, it was obvious, even to our untrained eyes, that the previous owners had let a few things go. Actually, they had let pretty much everything go.

But the price and location were right, and we were young, energetic and undaunted by the work that lay ahead. We spent countless weekends and thousands of dollars replacing the aging roof, repairing the damaged floors and fixing the grading that was causing water to leak into the basement. It was a labour of love, or so we told ourselves.

Eight years later, what we've learned is that home ownership is a huge responsibility that sometimes requires tough choices, like deciding to spend $10,000 last fall on a new furnace, air conditioner and attic insulation, rather than putting the money toward the new kitchen I so desperately wanted.

Too often, however, owners ignore the important, practical repairs their homes need in favour of renovations with more pop, says Kristi Hansen, host of the new W Network show Homewreckers. "People don't value the work that they can't see," says Ms. Hansen, owner of Pretty Plumbing Co. in Vancouver. "They only understand the prettiness around them: the nice, painted walls, the beautiful furniture, the new carpet."

The first episode of Homewreckers, which airs Tuesday at 8:30 p.m. ET, features a couple who spent $25,000 on a new kitchen while ignoring their leaking roof, mouldy bathroom and collapsing deck. "The mould was so bad in their bathroom, we had to bring in a microbiologist to check it out and let them know what exactly was in there," Ms. Hansen says.

The problem with choosing pretty over practical, she says, is that it ends up costing the homeowner in the long run. What begins as a small roof leak will eventually lead to major structural damage.

"Even though you want that new kitchen, what good is it when your foundation is cracked and the whole house has shifted and you have a much bigger issue on your hands?" Ms. Hansen asks. "Get in and fix the big-ticket items, the unsexy stuff."

Here are a few other steps to take now to avoid expensive home repairs:

1. Inspect your home. Walk around the perimeter of your house and make a list of anything that concerns you, including foundation cracks and puddling water. Then spend $200 to have a contractor diagnose the problem. You don't need to have the money for the repairs right away, but you should at least be aware of what needs to be done so you can prepare.

2. Start a maintenance budget. If you don't have an emergency fund, start saving for one. When faced with a repair, get free quotes so you know what to expect to pay for the job. And if you can't seem to keep on top of maintenance, budget for seasonal help. Neglecting regular maintenance will only end up costing you more money down the road.

3. Trust your senses. If something smells bad, appears to be discoloured or just doesn't seem right, it could indicate a problem that will only worsen in time. If you're unsure of the cause, hire a professional to assess the situation.

4. Know your limits. Know what you're comfortable doing. If you're unsure of how to tackle a repair, don't even try. A bad DIY job can end up costing you more in the long run than hiring someone to do it properly.

5. Maintain your roof. Know how long your roof life is. If it looks bad, then it probably is. And even when your roof looks fine, if you know it's at the end of its life, replace it. It will be a much more expensive job if you wait.

6. Don't ignore leaks. Some repairs pay for themselves over time. Hot water leaks, for example, are money straight down the drain. The same goes for draughty doors, windows and attics that let heat escape. The sooner you fix these problems, the sooner you start to save money. 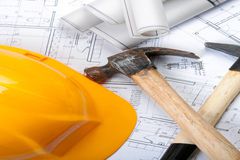 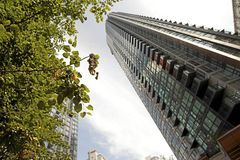 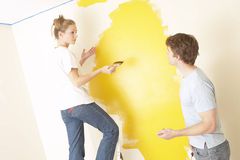 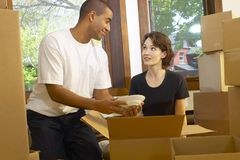