After more than 30 years working on a boat, Tom, 52, had been looking forward to hanging up his work boots soon and enjoying some leisure in his North Vancouver neighbourhood that he likes so much.

Being single with no dependents, he has been able to buy a condominium and stash away $212,000 in an RRSP on his $75,000-a-year salary. He has another quarter of a million dollars or so in his union-sponsored defined contribution pension plan. Tom had hoped to retire at 55 - a mere three years hence.

But when the stock market tumbled, "everybody had to reset their retirement date," he acknowledges. He also has a $167,000 mortgage to pay off.

"I've been beaten by the market and I'm hoping to rehabilitate my portfolio," he says.

Tom figures he will need about $60,000 a year - $42,000 after tax - to live comfortably when he retires. He wonders how much longer he has to keep working and whether his RRSP portfolio, which is all in stocks, is suitably invested.

What our expert says We asked Warren MacKenzie, president and chief executive officer of Second Opinion Investor Services Inc., to look at Tom's situation. As it turns out, Tom will have to take a sharp pencil to his budget if he wants to retire any time soon, Mr. MacKenzie concludes. And he will have to shift his investment stance from aggressive growth to preservation of capital.

Like many Canadians, Tom thinks of retirement mainly as an economic event - and that less capital automatically delays retirement, Mr. MacKenzie says.

In reality, money is only one factor, and not even the most important one, making for a successful retirement. Good health, having friends and family, and a purpose in life are all more important, and Tom is fortunate in these areas.

Tom is to be congratulated for saving and managing his money prudently and building up a net worth of about $800,000 - more than the average Canadian has at retirement, Mr. MacKenzie notes. With regular RRSP savings, paying down his mortgage and modest growth in his capital, the total of his non-real estate assets should be more than $500,000 by the time he turns 55, assuming a net return of 5 per cent.

"The bad news is that if Tom retires at age 55 and spends the amount he thinks he wants to spend, he will run out of money in his 70s," the planner says. But all is not lost. If Tom is typical, he is overestimating the amount of money he needs for a comfortable retirement.

Tom's RRSPs and pension plan together are about 75 per cent equity and 25 per cent cash and fixed income.

"For someone wanting to retire in the next few years, and given the rapid rise in stock markets over the past six months, Tom should have a 60/40 (60 per cent stocks, 40 per cent fixed income) or 50/50 asset mix," Mr. MacKenzie says.

Tom's RRSP portfolio is neither balanced nor diversified. It consists of two Canadian stock mutual funds and nine individual stocks - holdings whose performance he needs to monitor closely to ensure he wouldn't be better off in an index fund. Tom also has a non-registered account that holds two income trusts.

The two mutual funds, for example, have lagged the benchmark S&P/TSX composite index over the past five years, performance for which Tom is paying management expense ratios (MER) of 2.34 and 2.29 per cent. That compares with an MER of just 0.17 per cent for the iShares LargeCap 60 Index Fund.

The individual stocks also must be monitored to ensure they are performing well. By holding individual stocks rather than index funds or exchanged-traded funds (ETFs), "he is certainly taking more risk, so he should know if he is being compensated for this additional risk," he says.

With a more conservative asset mix and taking into account the fees Tom is paying on his mutual funds, his net return will average about 5 per cent a year over the medium term, he estimates.

"With a lower level of spending, Tom could retire at age 55," Mr. MacKenzie says.

How low? "About $30,000 a year," Mr. MacKenzie figures, 28 per cent less than Tom's estimate. "The reality is that people spend less in retirement."

When he retires, Tom will have lower commuting costs, and with more time on his hands he will be able to save money on food, he will not be paying employment insurance, Canada Pension Plan, nor into his union pension plan, and he will be paying less in income tax. Over all, he will probably spend 30 per cent less.

Alternatively, he could pick up a part-time job - something he would enjoy - earning, say, $1,000 a month, at least until his mortgage was paid off. "People who work longer live longer."

By 2032, when he is 75, Tom would sell his condo and rent an apartment for about $2,000 a month in today's dollars, assuming a 2.5-per-cent inflation rate, according to Mr. MacKenzie's plan.

Mind you, if the stock market dropped by another 30 per cent just before Tom was ready to retire, this could make it almost impossible at that point even with lower spending, Mr. MacKenzie says, because Tom's RRSP is vulnerable to stock market corrections.

There are other options. If Tom finds he really needs $42,000 in after-tax income, he can achieve that by working a few years longer and retiring at age 60, Mr. MacKenzie figures. "A few years make a huge difference."

Tom is considering buying an annuity with the assets in his defined contribution pension plan when he retires. If he retires at age 55 or even age 60, it may turn out that inflation will be the greatest risk he faces over the ensuing 30 to 40 years, the planner says.

"If he moves his pension plan into an annuity, he will be moving from a portfolio that has too much stock market risk to one that has too little protection against inflation," he adds.

Finally, Tom should consider what he would do in retirement.

"Retirement is an opportunity for many people to begin a new career or at least spend time doing the type of work they always wanted to do, either with or without pay," Mr. MacKenzie says. "A part-time job or a new career would be good for Tom both financially and psychologically." 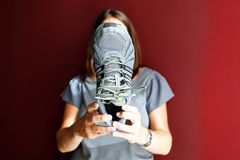 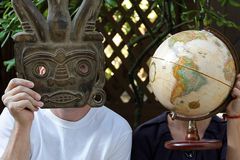 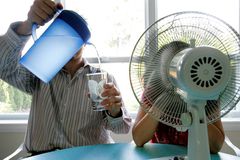