No matter where life takes you, choosing the right moment to retire can often be fraught with anxiety and self-doubt. If the 2008 stock market correction has taught us anything, it's that you never know what's around the corner. But that shouldn't stop you from maximizing the odds of making a smooth transition into retired life.

"We don't know what's going to happen to the markets in five years or anything like that so it's very difficult to plan the right exit point, Mr. Plaskett says. But you can be prepared – when your exit from the workplace arrives, you'll be ready.

Before you consider anything else, the No. 1 priority is deciding what kind of lifestyle you want to have in retirement. Is there a cruise on the Mediterranean with your name on it? Maybe, like former prime minister Jean Chrétien, you'd like to try your hand at rediscovering your youth with an exhilarating new hobby? And even if you don't want to try wakeboarding, like the 79-year-old did recently, maybe you'd like to bring the water a little closer to home by installing a swimming pool or hot tub in the backyard?

"I would suggest before anyone gets to any decisions about what to do with their investments, they really have to take a step back and they have to understand what the lifestyle plan is," says Amalia Costa, head of retirement strategies for Royal Bank of Canada in Toronto. She suggests creating two categories for expenses.

"So some are the absolute must-need-to-haves, and we call those living expenses, and others are more nice-to-haves, and they tend to be more discretionary and lifestyle-based. So it really is important to understand your new expenses in retirement and which of those two categories they fall into."

Live within your means

Once you have decided how you want to fill your time in retirement, the next decision is looking at how you're going to fund it.

That income will likely be derived from three different sources: government benefits, employer benefits and any pension plan, and registered assets. While it is crucial to fully understand each of them, it is equally prudent to devise a plan for how they correlate with each other, especially when it comes to dealing with taxes, which are no longer simply deducted from your pay cheque.

"I think it's very important to consider the order that you withdraw from those assets because you may have different tax treatments, different sequencing," Ms. Costa says. "Also, how much do you [take out] in a given year? Above a certain threshold you may be triggering, for example, an Old Age Security clawback, so it is really important to look at it with your financial adviser to look at the timing."

How much risk can you stand?

The closer you get to retirement, assuming your attainable retirement income is on track to meet your desired retirement income, the more you need to play it safe by guarding your portfolio against the possibility of another financial downturn. No one predicted the 35-per-cent decline that whacked people's portfolios five years ago, but if you don't need to assume a lot of risk, then don't, but don't play it too safe. After all, like everyone else, you need to keep on top of inflation.

"If you have 70-per-cent good quality, fixed income, and then 30 per cent of it is equity, and you go to 2008 and 2009, well, the bond portion did not go down as much as the equity portion did," says Arthur Azimian, a financial adviser with Edward Jones in Mississauga, Ont.

"So therefore the proportion would be very significant to make sure that at the stage of life as you change, the amount of fixed income that you have in your portfolio will change with the amount of risk that you want to take."

"If you liquidate [your assets], you could get very very little return on cash," says Mr. Azimian. "Even GICs these days are paying very little, so the risk of having too much cash is it won't be able to keep up with inflation. Basically as a rule of thumb, if inflation is 3 per cent, in 25 years everything is doubled. The average car price was about $10,000 and change in 1982; in 2037 it's estimated to be more than $48,000.

"… If we go too much into liquid there's the danger of running out of money, but the opposite is also true. If you go too much toward aggressive investing, too much toward high yield, or investment stocks if you will, then in the event of pullback that you're going to be severely negatively impacted."

With people generally living longer in Canada – a 65-year-old couple has a 50-per-cent chance that at least one of the spouses will live to 90, with one in five reaching 95, according to Mr. Azimian – the obvious rule of thumb is to plan for a lengthy and hopefully fulfilling retirement. But be sure to consider that your latter years may throw up unexpected health-care costs. It might be worthwhile getting a jump start on preparing for the future.

"Our surveys indicate that most elderly, when they have a health-related event or incident, they prefer to remain in their own home as long as they can, so that may require some modifications which one needs to consider and even consider it in advance," Ms. Costa says.

"So if you're entering retirement and planning to renovate your home, why not consider a future potential scenario where you may need to have a wheelchair in the home, for example, so make sure the doors are wide enough and other modifications in the home are made with a longer-term perspective in mind?" 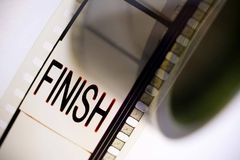 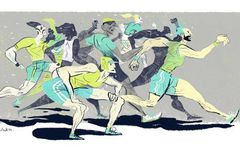 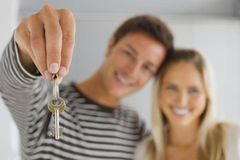 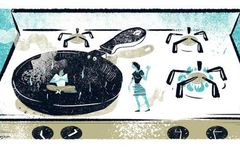 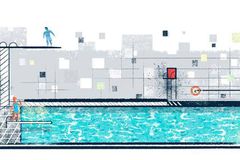 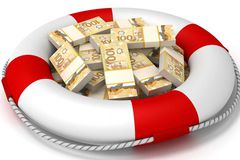 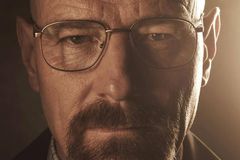