Watching interest rates is like being a fan of the Toronto Maple Leafs.

Both appear set to rise every now and then, but in the end you get nothing. The Bank of Canada suggested in April that rates could rise sooner than expected, and on Tuesday it softened its stance. Right now, the idea of global growth propelling interest rates higher seems as unlikely as the Leafs pushing deep into next year's playoffs.

Accept it Canada, low rates are here for a while. It's time we understood some of the implications:

1. Forget about better returns from guaranteed or even comparatively safe investments any time soon.

I have a five-year guaranteed investment certificate in my boys' registered education savings plan that yields 5.15 per cent and matures in two weeks. One son is 15, the other is 18. It's hard to imagine that 5-per-cent returns will be back before they've both graduated from university or college.

Today, you might be able to squeeze your bank for an interest rate bonus and still end up with 2.5 per cent for a five-year GIC. With luck, you'll just make enough to offset inflation.

Top dividend-paying common and preferred shares offer yields in the 3- to 5-per-cent range, but they're not the answer in many cases. The global financial volatility that is causing rates to remain low has also destabilized stock markets. So while the flow of dividends from blue-chip companies are generally reliable, share prices could fall sharply. This type of volatility is exactly why people invested in GICs in the first place.

2. You have to put more away for retirement.

Ask most investment pros about what returns they expect from a balanced portfolio over the long term and you'll get a number that is quite a bit lower than what it would have been before the financial crisis began in 2007. Reduced expectations for bonds and stocks are one reason why you should be putting more money away for retirement.

Another is that your pension might also be affected by global uncertainty. Without decent returns from stocks and bonds, defined-benefit pension plans (the ones that promise a specific payout) will struggle to generate the gains needed to meet their obligations. Defined-contribution plans, where returns depend on the markets, are subject to the same risks as your own personal savings.

3. The heavily indebted are still vulnerable.

In uncertain times for the U.S. economy, the auto industry is a rare success story. Sales last month were up 20 per cent on a year-over-year basis. And yet, General Motors last week confirmed it will close a plant in Oshawa, Ont., that employs 2,000 people and supplies cars to the North American market.

Job loss – that's the quiet risk faced by people who are heavily indebted.

There have been lots of warnings in the past few years about how higher rates will make it tough to carry debt loads that now seem bearable. But in terms of what might tip people into default, job loss is a bigger danger than rising rates.

Canada's unemployment rate today is 7.3 per cent. When I started covering economics back in the early 1990s, it was above 10 per cent. We're doing comparatively well in Canada today, but we shouldn't forget that global economic softness is the reason why interest rates are low. In that type of world, job security suffers.

4. The housing market is still at risk.

Interest rates have more of an effect on housing affordability than prices, so stable borrowing costs should help support the residential real estate market at today's levels. That's the superficial outlook for housing. A more realistic take has to consider the fact that affordability is deteriorating in some cities, even with low rates. Every time we get one of those good-news reports about rising house prices, it means affordability suffers. Vancouver, Toronto, Ottawa and Montreal, you're most at risk.

One reason to buy now if you can truly afford the carrying costs is to lock in today's ultra-low mortgage rates for the next five to 10 years. When rates rise, as they inevitably will, your mortgage will be a welcome reminder of the days when forecasts about interest rate hikes carried as much weight as predictions the Leafs will make the playoffs.

Low rates, but for how long?

Here's the interest rate outlook from the economics departments of the Big Five banks. The focus here is on the overnight rate, which the Bank of Canada uses to set the trend for rates. The overnight rate directly influences the prime rate, the base lending rate for banks. On Tuesday, the central bank left the overnight rate unchanged at 1.0 per cent. 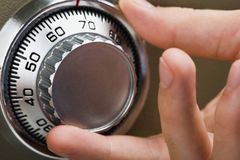 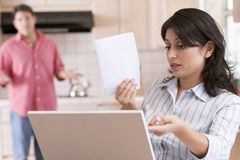