The debt problems in the United States and Europe have taken the pressure off Canadians with mega-mortgages and credit lines that are over the line.

That's the view of economists following the worsening of the debt crisis in some European countries and the continuing difficulties the U.S. economy is having.

Early in 2011, when the economy was humming and inflation was moving higher, Mr. Porter expected the Bank of Canada to raise its trend-setting overnight rate by a full percentage point in total over the year. That forecast was trimmed to an increase of half a percentage point, and then further reduced just recently. "We're leaning to nothing now," Mr. Porter said.

It's a sign of how decisively the global economic outlook has changed that economists are even considering the possibility of interest rate cuts. Mr. Porter noted that rates are still close to the depths reached in 2009, but he thinks they could fall a bit if global economic problems reach crisis proportions.

Canada's government debt problem is mild when compared with the likes of the United States and some European countries. The issue here is personal debt, which has hit record levels in relation to income and continues to grow, although at markedly slower levels than a year or two ago.

Global economic upsets do nothing to reduce personal debt here in Canada. But they do make it easy to carry that debt.

Here's the thinking on that: With economic growth in the United States stuck at frustratingly weak levels, Canada's economy is bound to feel the effects. Debt-cutting by Washington and European countries could further choke back growth around the world.

The Bank of Canada is also constrained by the fact that cranking up borrowing costs here while rates remain low in the United States would drive our dollar higher. That's bad for our manufacturing sector because its products become more expensive in foreign markets.

All of this means that heavily indebted Canadians get a reprieve from the higher interest rates they've been warned about for more than a year. "But you have to be careful what wish for," Mr. Porter said. "There are real economic consequences to this kind of financial upset. We could end up with much weaker job growth that what would have otherwise been the case."

This is why you should reduce your debts, even while borrowing costs remain at attractively cheap levels. If the economy struggles and your job is affected, it's not going to matter that you got a great rate on your mega-mortgage.

Recent history suggests low rates are hard to resist, however. In the recent recession, Canadians did the opposite of what you'd expect and increased their borrowing. This was particularly noticeable in the housing market, which experienced a short, sharp slump and then soared.

Mr. Porter said global economic uncertainty could temporarily affect consumer confidence here in Canada and in turn chill the housing market. "But as the smoke clears in financial markets and we're left with low borrowing costs, we could get a fairly quick rebound in sales activity."

If you are buying in the next while, the current rate outlook argues in favour of a variable-rate mortgage. On Tuesday, the U.S. Federal Reserve Board said it expects to keep rates near zero for two years at least, which in turn limits the Bank of Canada. Mr. Porter said he expects the central bank to boost rates by just half a point in 2012.

Those who prefer the security of a five-year, fixed-rate mortgage will pay as little as 3.6 per cent, which is tremendous by historical standards. Chalk up another benefit to Canadians from global financial upheaval. When the stock markets plunge, money flows into bonds. Bond prices rise, which means bond yields fall. Mortgage rates track bond yields, which means mortgage costs are falling.

It's Canada's biggest borrowers who are the biggest beneficiaries of what's happening in financial markets, though. As Mr. Porter put it, "If you have a secure job and lots of debt, things have unfolded well for you."

GLOBAL ECONOMIC WOES AND YOUR DEBTS

Troubles in the global economy mean interest rates will stay low for longer. Call it a reprieve for those who need to cut the amount they owe. Here are current interest rates for common borrowing products:

2.25 per cent (based on a prime rate of 3% minus a three-quarter-point discount)

3.5 to 4 per cent, depending on how much of a markup over prime you have to pay

6.8 per cent on average over five years 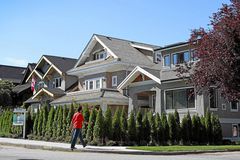 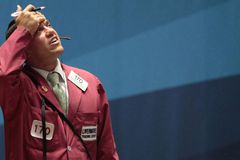 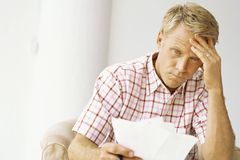