Everyone has something to complain about as interest rates rise. There are no true winners – borrowers pay more, while returns for savers and cautious investors improve to pretty bad levels from the punitively awful. Here are five harsh realities of rising rates for both savers and borrowers:

No exit from saver's hell

It's a borrower's world. Savers just live in it. You can see this in the way banks promptly announce how they're adjusting the cost of mortgages when interest rates rise. Comparable bulletins about higher rates for guaranteed investment certificates and savings accounts are rare to non-existent.

GICs and savings rates will drift higher, but not in the same regimented way as mortgage, loan and line of credit rates. And when GIC rates do move higher, they'll still lag well behind the inflation rate in many cases.

Explainer: How the rate hike affects homeowners and buyers

Related: Rising rates: An investor's guide to a new era

If you're parking more than $100 in a big bank savings account, move along. As of Wednesday, you could get savings rates of 1.65 per cent or more with the protection of Canada Deposit Insurance Corp. from Alterna Bank, EQ Bank, Oaken Financial and Zag Bank. Big banks pay 0.5 per cent if you're lucky.

The impact of rising mortgage rates is arguably worse for existing home owners than it is for first-time buyers. As you own a home, you accumulate financial obligations like car loans, day care, and home maintenance/upkeep. Mortgages have in recent years been a bit of a relief valve on these costs. If you bought a home in 2009-2011, you've been able to renew a five-year mortgage at a lower rate and thus reduce your monthly expenses.

Your next renewal will probably involve a higher mortgage payment. [for online: We've developed a tool to help you map out how much more you might have to pay.] Resist the easy solution of lengthening your amortization to ease the load of higher rates. Your payments will fall, but you'll be mortgage-free at a later date than before. You want to be mortgage-free as soon as possible so you can start power-saving for retirement.

Forget housing as an investment

The real estate sector likes to say the huge house price gains of the past few years in some cities are justified by underlying factors like strong immigration, a limited supply of newly constructed homes and our world-class cities. But the real force in housing was low interest rates. Every step higher for rates weakens housing in the expensive markets in and around the cities of Vancouver and Toronto.

There are plenty of markets in Canada that are affordable now and will remain so as mortgage rates rise. But a continued increase in rates will take the froth out of housing everywhere. Houses as an investment? Maybe if you buy in after a market correction.

You're getting the worst of two worlds

Interest rates typically rise when the economy is generating enough heat to send wages and salaries noticeably higher. But that's not the case today. Hourly wages in the latest tally by Statistics Canada moved up by a weak 1.3 per cent on a year-over-year basis, the same rate as the most recent inflation rate. The net result here is that you're facing higher household costs through higher interest rates, while your income stagnates on an after-inflation basis.

Until wages start moving, higher interest rates are like a pay cut or a tax increase. You will need to trim your household spending to keep your balance. Don't take the easy way out by lowering the amount you save for retirement or your children's post-secondary education.

Your line of credit could be a problem

The federal Financial Consumer Agency of Canada says there are about 3 million home equity line of credit accounts in Canada, with an average outstanding balance of $70,000. HELOCs are considered to be persistent debt – people often don't pay them off until they sell their house.

Rising rates will make HELOCs even harder to conquer. You can generally keep onside with a HELOC by paying interest owning every month and not touching the principal. As interest rates rise, it costs more to just maintain a HELOC. That means there's less chance households will have money to reduce their balance owing. Fighting hard to pay down your mortgage? Your line of credit comes first.

Editor’s note: The name of the Financial Consumer Agency of Canada has been corrected in the online version of this story. 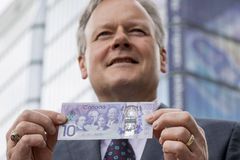