January, 2015, will mark a joyous new beginning for Steve Finley. That's when, at long last, the Calgary man and his wife Melinda expect to finish repaying $215,000 (U.S.) in debt.

Yes, you read that right. Five-and-a-half years ago, this couple owed a seemingly insurmountable $215,000 in student, credit card and medical debt.

Mr. Finley and his wife, who are both American, accumulated two-thirds of that debt getting educated in the United States. He studied engineering, business and law at a number of universities in Indiana. His wife originally took communications, then decided to pursue an ultrasound technology degree in Minnesota.

After finishing school, the couple moved to rural Vermont, where they both found work. But by 2007, the U.S. economy was struggling and the job market felt unstable. They decided to relocate north and in August, 2008, they arrived in Calgary.

By that point, their debt had ballooned to $200,000. The move to Canada, followed by a few months of unemployment, tacked on another $15,000. But as soon as the couple were settled and working in Calgary, they knew it was time to start chipping away at the mountain of money they owed.

"We always knew we were going to have to tackle this debt. We wanted to do it earlier, but couldn't because we had to make sure we had stable income," Mr. Finley said. "It just so happened that the line in the sand was January, 2009."

Mr. Finley, 45, works as a business analyst in Calgary while his wife, 49, is an ultrasound technician.

In the five-plus years they have been repaying their debt, their annual household income has vacillated between $150,000 and $170,000. After paying $1,465 a month in rent for their small downtown apartment, as well as other living expenses, they have been funnelling $4,000 a month for debt repayment.

Using excel spreadsheets, the couple lined up their income, living expenses and their debt, which they grouped into the highest and lowest interest rates. "We had some credit card debt, which had the highest rates, so we paid that off first," he said. "The student loans we could defer if we needed to, so we set those aside in the beginning."

Because the bulk of their debt was in U.S. dollars, the recent drop in the loonie has moved their debt repayment target date back by roughly a month. Their debt load currently stands at $35,000 – $2,000 behind schedule as a result of the swooning loonie – and the couple expect to make the final payment at the start of 2015.

Six years is a long time to remain focused on repaying debt. The trick, Mr. Finley said, is to find a balance between saving and spending. For example, the couple have only one old car and walk to as many places as possible from their downtown home, which is less than 900 square feet. They shopped extensively for their cellphones, make their lunches and are regulars at the Calgary library.

They do eat out, once a week, and buy alcohol, for which they have a set budget. They snowshoe, volunteer and, occasionally, travel. "Our families are in Chicago and Phoenix so we have made one or two of those trips each year," he said, adding that they use those trips to stock up on clothing and other things that can be less expensive in the U.S.

Mr. Finley has found that in the long run, shopping for quality ends up being cheaper than buying cheap junk. "So being smart and keeping expenses down often means buying the more expensive item with the goal of keeping it a long time."

Alim Dhanji, a certified financial professional in Vancouver, said the Finleys' achievement is remarkable, given the amount of debt they had. "That is such a high number, you could see how it could scare people off."

Mr. Dhanji, who works for Assante Wealth Management Ltd. and speaks to university students about debt repayment, says the students he meets have an average debt load of about $30,0000, depending on how many degrees they have. People who study in the U.S., where school is more expensive, tend to finish with far more debt.

In terms of tackling their debt, he said the Calgary couple has the right idea. "They tightened up their discretionary spending and realized they could live pretty frugally. They have no kids or a big mortgage so they were able to keep their costs low."

Looking ahead, Mr. Dhanji said that because they are already accustomed to living a certain lifestyle, if they continue to do so they will likely achieve their next set of financial goals. "The benefit is that is they were paying off all this interest and now their money can start earning some interest for them."

Once the burden of debt repayment is gone – nine months and counting – the Finleys would like to purchase a condo in Calgary's core, create an emergency fund, and build a retirement nest egg. "Our back-of-the-envelope calculations suggest that we will need to start contributing at least 18 per cent per year into our RRSPs going forward," Mr. Finley said. "We would like to get that going beyond the small amount we are contributing today."

Oh, and to celebrate their last debt payment, the Finleys might reward themselves next winter with a sunny getaway. "A pretty good vacation can be had with one month's of debt payments we are now spending," Mr. Finley said. "My wife is voting for a warm beach." 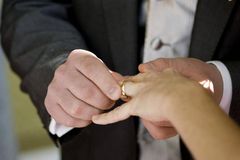 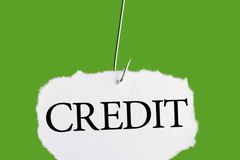 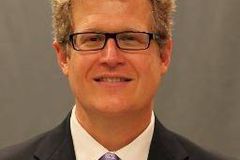 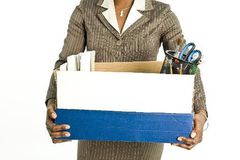 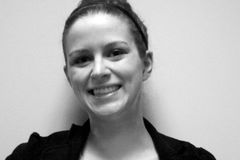 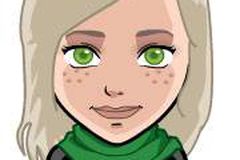