For couples like Will & Kate, a wedding is an extravaganza without limits. For the rest of us, getting married means creating a budget and trying to stay grounded with our expectations for the big day.

Rebecca Elias, a senior consultant at Luxe Destination Weddings in Toronto, has seen firsthand what happens when couples let lavish weddings be their guide. Last June, she was planning a wedding for an NFL player and his bride when it took a costly turn. The groom saw a reality TV show about extreme weddings and began to question whether they had budgeted enough for their event.

"We ended up with African dancers, fireworks, Louis Vuitton sunglasses for all of the guests, partly because he felt the pressure of his status as a professional football player and wanted to make sure that his wedding lived up to cultural expectations," Ms. Elias says.

Culture plays a large role in wedding planning, she says. In some cultures, weddings are a multi-day affair, with huge guest lists and lots of eating and drinking. Such expectations can put a lot of pressure on the wedding budget.

"Financing weddings has changed. Traditionally, the bride's parents paid for the majority of costs, but that's not the case any more," Ms. Elias says. "Make sure to have that crucial conversation about where the money is coming from before you get the ball rolling."

Here are some more tips to keep "for richer and for poorer" from leaving you broke:

1. Stick to your budget. The bride and groom should agree on what's a "must-have" and what's a "maybe" when it comes to the wedding wish list, Ms. Elias says. It's easy to get swept up in the moment and let emotions guide your spending, so make a list and determine the size of your budget.

2. Save for the date. Once you have a budget figure, divide it by the number of months left until the wedding and start saving. Christine Van Cauwenberghe, director of tax and estate planning for Investors Group, suggests that if the wedding is a year or two away, couples should put their cash into conservative, short-term investments within a Tax-Free Savings Account. Also, think about cost-efficient financing options, such as a secured line of credit, rather than putting expenses on high-interest credit cards.

3. Have the money talk. Start your marriage off on the right foot by being honest with each other about your debt levels and assets. If you're not comfortable asking the tough questions, hire a financial adviser to be the "bad guy" and get everything on the table, Ms. Van Cauwenberghe says. If one of you is a spendthrift, deal with that before you open a joint bank account or credit card.

4. What's mine is yours? Generally, assets acquired during a marriage are jointly owned and assets that each spouse brings into a marriage are separate, but there are exceptions in certain provinces, so if you're bringing significant assets into the marriage, you may want to consider a prenuptial agreement.

5. Make financial vows. It is important that couples are on the same page when it comes to establishing a household, so create a budget based on your joint income. Determine how you will contribute to your wedding, housing, savings and other expenses in a way that both parties are comfortable with, says Ms. Van Cauwenberghe, and discuss where you may need to cut back your spending.

6. Protect your spouse. Your will becomes null and void when you tie the knot (in all provinces except Quebec), unless it was specifically drafted in contemplation of the marriage. It is also important to note that beneficiary designations are not affected by a marriage, so if you want your new spouse to receive your insurance policies and RRSPs directly, you must change the beneficiary designations.

7. Plan for happily ever after. It's time to start thinking about the long haul, says Tina Di Vito, director of retirement strategies at BMO. Spend at least as much time talking about your goals for your investments and your future retirement as you do planning your wedding day. If your visions clash, you need to get it out in the open before you tie the knot. 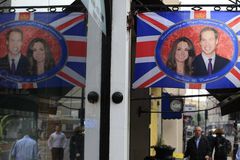 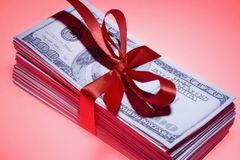 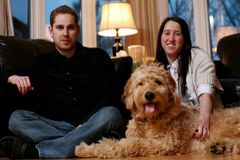