I've been a renter and I've been a home owner, and I have to admit that I prefer renting. I probably should be embarrassed to admit that - owning a home, after all, is supposed to be the Canadian dream - but I don't blush that easily.

When I owned my small, cute bungalow more than five years ago while I was living in Kingston, Ont., I came to dread every snowfall (is there a worse chore than snow shoveling?) and every attempt to make my home more livable. The cost of repairs and renovations, not to mention the aging roof, had me living in fear.

Before I bought that house, I did the research. I went and filled in all those rent vs. buy calculators that showed me that I could afford my own home. I read the personal finance checklists; I'm sure I even read the appropriate For Dummies guide. I took to heart the advice of experts like Suze Orman, who believes that when calculating your true housing cost, you should add another 40 to 45 per cent to your monthly mortgage. That's how high the additional costs are - things like heating and hydro.

But I didn't pay attention to one point the experts make - understanding the emotional importance of owning your home. For most people that means understanding how much you want a home and how it makes you feel settled and secure. It's a positive thing.

For me, however, it meant how much a house would make me feel tied down. I've moved across the country during my career and, until now, have never spent more than four years at any place or job at one time. Having my own home always made me feel like I could be trapped.

But I understand that I'm the exception. And I always wonder: I spend way less as a renter than I did as an owner, when I factor in utilities and repairs, so is owning really better than renting, as the conventional wisdom would have you believe?

Tsur Somerville thinks so. He's the director of the University of British Columbia's Centre for Urban Economics and Real Estate and an expert on real-estate finance.

It's his reason for thinking that buying trumps renting that's so interesting. You would think it's because of real estate's appreciation. After all, he lives in Vancouver, where prices seem to keep rising and a million-dollar home can be considered a fixer-upper.

But appreciation isn't his main argument.

So depending on the time period that someone owns a home, it can appreciate - or not. Where a person is located will make a huge difference, of course.

But Prof. Somerville believes the real reason that owners fare better than renters is because owning forces you to save.

"A highly disciplined renter investing in the TSX and paying minimal fees should end up in the same position as someone who owns [a home]" he says.

The problem: How many people do you know who are that disciplined - who would take the equivalent of a down-payment and invest it, along with the monthly savings of renting over owning?

He doesn't know anyone that disciplined -- and neither do I.

"The forced saving is useful," Prof. Somerville says. "In general, we don't save that much in North America - and therefore something that makes us save more isn't a bad idea." 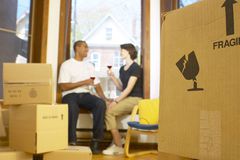 The renter's guide to cheap renovations
May 8, 2018 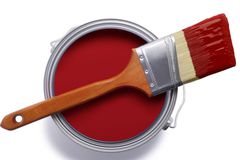