January must be right around the corner because, once again, Canadians are facing a momentous change in mortgage policy.

It's almost a tradition that Canada's mortgage czars clamp down on housing in the new year. This year is no exception with the federal Office of the Superintendent of Financial Institutions (OSFI) enacting the big kahuna of credit regulation, the uninsured mortgage "stress test."

For some homeowners, this portends a slew of changes in 2018. Here's a foretelling of what's to come:

1) Debt restructuring gets costly (for some)

Folks trying to bail themselves out of debt by refinancing could get a rude surprise in 2018, especially if they want to mortgage 80 per cent of their home's value (the federal limit for refinancings). The banking regulator's new stress test will slash the amount of debt they can consolidate by up to 18 per cent. It's not an exaggeration to say this week could be the last chance for debt-heavy homeowners to refinance at rock-bottom rates.

Credit unions, which are provincially regulated across Canada, will toast the new year as they scoop up borrowers declined by banks. These are borrowers who would have easily qualified today and any time in the past few decades. For creditworthy borrowers who can't pass the banks' new stress test, credit unions will welcome them with open arms – albeit at higher interest rates. That'll push credit union market share from 17 per cent of uninsured mortgages to more than 20 per cent in 2018.

3) A bumpy road for home prices

Depending on who you listen to, anywhere from 10 per cent to 17 per cent of home buyers will be forced to alter their purchase plans in 2018. That should knock down home values in most Canadian markets. But price weakness won't be absolute and it won't be forever. Condos should hold up better, at least in big cities.

Mortgage shoppers with harder-to-prove income (e.g., self-employed borrowers without an income track record), weak credit and/or high debt ratios will pay more in 2018. OSFI's stress test will force many of them into the arms of costlier non-federally regulated lenders with easier qualification criteria. This added demand will encourage alternative lenders to jack up their rates.

In 2018, more than two-thirds of uninsured mortgagers will extend their payback period beyond 25 years. The reason? People limited by OSFI's stress test will do anything they can to lower their payments and qualify for a bigger mortgage.

The Bank of Canada has already expressed its concern. And when the central bank issues warnings, regulators listen.

30-year mortgage amortizations are taking over: Four reasons why
November 30, 2017 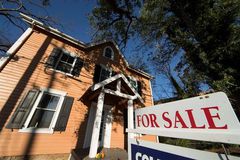 Worried about the housing market? This is the chart to watch
Subscriber content
December 21, 2017 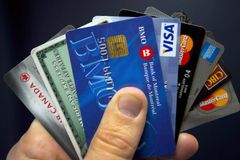