You've been scolded enough about high debts and low savings. Now it's time to help yourself.

Start by asking this question: Can I afford my debts? Not just today, but tomorrow.

For answers, let's look at the debt-service ratio, a very simple comparison of your monthly income and your monthly debt payments. Banks use a version of it when reviewing mortgage applications, and economists use it to assess whether people can carry their debt loads both now and in a future of higher interest rates.

The debt-service ratio has its flaws. But it offers a sharper view of our debt situation than the more widely quoted debt-to-income ratio, which recently hit a level indicating that average Canadians owe $150 for every $100 they make after tax. When you really come down to it, the amount of debt you have isn't the key. What's really important is how much you're paying per month to keep up with your debts, and how heavy a load that is.

To calculate your debt-service ratio, use bank statements to tally up all the monthly debt payments you and, if applicable, your spouse make in a month. Include your mortgage, credit cards, the amount you typically pay on your line of credit, student loans, car loans and leases and any other consumer loans. Next, calculate your gross, or pre-tax, monthly household income. Divide your total debt payments by your income, multiply by 100 and you've got your debt-service ratio.

In the eyes of economists and lenders, you've hit the debt ceiling when all your monthly payments eat up 40 per cent or more of your gross income. But credit counsellors who help badly indebted people think that's too high.

"Anything under 35 per cent is better, but that doesn't mean you should max out to that level," said Laurie Campbell, executive director at Credit Canada.

How Dire Is It?

Economists at Toronto-Dominion Bank recently took a look at debt-service ratios across the country and the news, overall, was quite good. On average, Canadians were spending 18.6 per cent of their gross monthly pay on debts as of last Sept. 30.

Don't get complacent, though. As TD chief economist Craig Alexander puts it, that number "reflects an extraordinarily low interest rate environment." Low interest rates mean low monthly payments for mortgages, lines of credits and loans. Credit cards are an exception because their rates are set by issuers according to factors other than interest rates.

When interest rates rise, debt-service ratios are going to look worse than they do now. The actual amount you owe can stay the same or even fall a bit and your debt-service ratio will still deteriorate if rates move up.

TD economists recently performed a stress test on debt-service ratios that looked at what might happen if the Bank of Canada's benchmark overnight rate were to rise two percentage points in the next two years. That happens to be TD's own forecast of how much rates will rise.

First off, the current debt-service ratio rose to 22.7 per cent in this exercise. Second, the percentage of households above 40 per cent rises noticeably. Take Alberta, for example. TD's stress test found that 10.5 per cent of households would be at or above the danger level, compared to 8.4 per cent at the end of the third quarter of 2010.

"When interest rates go up, a majority of Canadians are not going to run into trouble," Mr. Alexander said. "But a minority of people will. This doesn't suggest that we're going to see widespread bankruptcies or insolvencies, but it does suggest that there's a non-significant part of the Canadian population that is going to get hit."

If you have a high debt-service ratio, it's time to build in some slack to prepare for higher rates. The easiest way to do this is to go through your list of monthly debt payments and identify the ones that will rise the most if interest rates move higher. Next, start paying down these debts. Can't find the cash? Then sideline the registered retirement savings plan and tax-free-savings account for a while - just a while - and divert the cash to debt repayment.

Even people with debt-service ratios that look fine need to think about how they'll handle higher interest rates. They may technically able to afford higher debt costs, but they probably don't have lots of cash sloshing around their chequing accounts just waiting to be soaked up by higher debt payments. That's not scolding, by the way. It's nagging, but in a good cause.

Toughen up: Try using a version of this ratio that includes property taxes and heating under the monthly housing cost heading.

*If you make accelerated biweekly mortgage payments, multiply the amount of your payments by 26 and then divide by 12 to get a monthly figure

How to read your results

Cut debt immediately or get help because you're considered a vulnerable household.

You have zero breathing room for higher rates.

Okay ... but things could get tense when rates rise.

Brace yourself for higher rates. 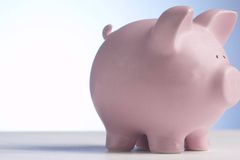 Household debt could spark 'made in Canada' recession
February 25, 2011 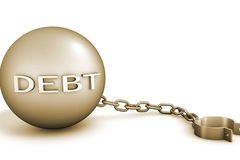 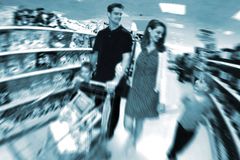