I was having lunch at a local restaurant recently. The owner shared with me that the Canada Revenue Agency was in the middle of auditing his business. "I wish those tax people would just leave me alone. I work long hours in this business, and so does my family. I only make $75,000 each year," he said.

"Are they worried about the income you're reporting?" I asked. "No, it's the six trips to Barbados for me and my wife that I deducted. I had to explain to the guy that we deliver," he explained.

That day, we spoke about other, less aggressive, deductions that he might be able to claim to save taxes. He operates his business through a corporation – as many business owners do. Given the time of year, I raised the idea of making charitable gifts through his company. As it turns out, he does have charitable intentions, and has some investments in his corporation that he's willing to consider donating to save tax. Here's how that might look.

Back in 2006, the federal government changed the rules around charitable giving to make it very attractive to donate publicly traded securities rather than cash. In fact, if you have securities that have appreciated in value, donating those securities can save you more tax dollars than a cash gift. This is true for individuals and corporations alike.

In addition to eliminating the capital gain, you'll be entitled to a charitable donation receipt for the full value of your securities donated. If your corporation is making the donation, it will be entitled to a tax deduction (as opposed to a tax credit, which is the case for personal donations) for the amount donated. In the case of your corporation, your out-of-pocket cost for making a donation can be as little as 22 cents for each dollar donated. Consider an example.

Martha has a holding company with cash and a portfolio of publicly traded securities. There's a particular security – shares in ABC Corp. – that has grown in value. She bought the ABC shares at $40 each and now they're worth $100. She'd like to make a donation to charity using the assets of her corporation.

In addition to the taxes saved from the deduction, the corporation saves $13,800 in this example ($60,000 capital gain times 50-per-cent inclusion rate times 46-per-cent corporate tax rate) because the capital gain is tax-free. But there's more.

Every corporation has something called the "capital dividend account (CDA)." If your company has a positive balance in its CDA, you can pay tax-free capital dividends to yourself as a shareholder, up to that amount. The CDA is increased by the tax-free portion of any capital gain realized by the corporation. So, when Martha's company donates the ABC shares, the full $60,000 capital gain on the disposition goes into the CDA since it was tax-free. This allows Martha to pay herself $60,000 of tax-free capital dividends afterward.

The tax that would have otherwise been owing on that dividend would be about $18,600 at a marginal tax rate of 31 per cent (varies by province) on eligible dividends.

Give the gift of money smarts to your kids this year
December 3, 2015 Ten factors to consider when planning to leave an estate
November 11, 2015 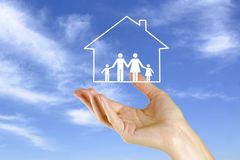 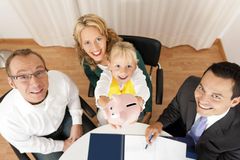