More than nine in 10 Canadians follow the example of reformed miser Ebenezer Scrooge and give to charity every year, but experts advise taking a page from his tightwad ways and treat those charitable donations like an investment.

Philanthropy professionals and charity watchdogs say that as the holiday season approaches and the airwaves fill with messages of altruism, you should still analyze your chosen charities the same way you would research the purchase of mutual funds or property.

Financial adviser Kate Bahen, managing director of watchdog group Charity Intelligence Canada, says key things to look for include whether the charity's financial statements are audited and up-to-date, if the charity has an independent oversight board, and if it spends more on programs than administration and fundraising.

"People need to look at that giving as an investment," she says. "If they could bring that business brain to the giving table, I think that's where we would see such huge change in Canada for the good."

Bahen says charities will often play on the heartstrings by telling one story of one client in need, but big businesses don't ever limit their quarterly reports to talking about just one customer.

While Tiny Tim's blessing brought a smile to Scrooge's face, he would surely also be pleased by the charity tax credits offered by the federal government that can reduce your total income and therefore, your tax bill.

The Canada Revenue Agency gives a tax credit of 15 per cent on the first $200 you donate, rising to 29 per cent for amounts over $200. If you haven't donated before, you can claim an additional 25 per cent tax credit for any donations made before the end of 2017, up to $1,000. The provinces have their own tax credits.

The CRA posts a searchable list of the more than 85,000 registered charities in Canada online and provides a detailed breakdown of their finances. Third-party organizations such as Charity Intelligence Canada also provides guidance on giving and ratings on individual charities.

"It would be nice if people would have a sense of how they want to give, so that at the end of the year when you look at all the receipts you have it is a fair reflection of what you want to support," he says.

He says Canadians shouldn't just rely on the grades given out by third parties to make their decisions.

The best way to get to know if a charity is worthy of your support is to volunteer, he adds.

Financial planner Cynthia Kett says it's best to form long-term relationships with charities that share your values, instead of doling out many smaller gifts throughout the year.

"We often have a tendency to make donations on the fly, and I think it's useful to be strategic in your giving," she said.

When it comes to taxes, Kett says it's important to understand the nuances of the charitable giving tax credit.

Because the first $200 has a lower credit, married couples can save a little money by combining their donations on one return and having the higher-income spouse claim the credit.

Sandra Miniutti, chief financial officer of American watchdog group Charity Navigator, says that over the last decade, more and more charities have begun to measure the impact of their work and publicize the results.

She says those looking to give should make sure their chosen charity is monitoring the outcome of its work.

"If you're not measuring and tracking your impact, how do you know you're doing good and not harm?" 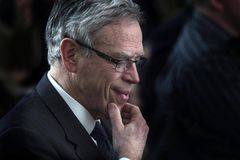 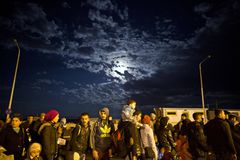