The consumer and retail sector has shown some surprising strength recently, even as consumer confidence levels have dipped to their lowest level since March 2009 in the U.S.

Normally, consumer stock prices will reflect sentiment levels, but this year the sector has delivered a solid performance relative to sentiment. The S&P North American Consumer Sector index, for example, is down less than 1 per cent year to date, compared with a drop of almost 11 per cent for the S&P 500 index.

There are more than 600 companies in the consumer and retail sector that are listed in Canada or the United States.

This screen uses four filters to reduce the universe to just 22 stocks. We set market cap at $500-million or more, we wanted only companies paying dividends that yielded 0.5 per cent or more and we discarded any companies that did not have positive annual net income. We also screened for stocks showing only a positive "Predicted Surprise," a metric that is explained below.

The screen's data come from StarMine, a Thomson Reuters service that ranks analysts and gathers earnings estimate data to which it applies proprietary research to detect momentum and other factors.

The first such measurement is called StarMine SmartEstimate, which is a proprietary blend of analysts' estimates that aims to more accurately forecast upcoming results than the consensus estimate. It gives a weighting to each analyst's estimate according to his or her past accuracy. SmartEstimate also gives greater emphasis to the timeliest forecasts and less to those that have not been updated for a lengthy period.

Our screen lists the degree of change, up or down, in the SmartEstimate for each company's EPS this year, measured as a percentage of the original forecast. This column gives an idea of which way momentum is going for the stock. Most of the companies listed show only small changes.

The percentage difference between the SmartEstimate and the consensus estimate of the Street, called the mean, produces another StarMine metric called the Predicted Surprise. Stocks with positive surprises tend to have above-average price performance. Stocks with negative surprises tend to underperform the market, according to StarMine. The amount of variance for the consumer and retail sector is quite small compared with some of the other sectors we have screened in the last year.

The third StarMine measurement applied to this screen is the Analyst Revisions Model, or ARM, which is a measure of the change in analyst sentiment ranging between 1 and 100, with 100 representing the highest rank.

The ARM looks at changes in the consensus over multiple time frames and not just for earnings, but also EBITDA and revenue revisions. It also takes into account the Predicted Surprise percentage shift on these various measures. When this score is near the top (100 – the highest ranking) or bottom (1 – the lowest ranking) of its range, it is highly predictive of future earnings revisions up or down and helps investors anticipate these events, StarMine says.

Nu Skin earlier this month reported quarterly results that beat the Street's expectations. It also raised its outlook for the year, saying it expects increasing sales of its "anti-aging" products in China.

Abercrombie & Fitch is due to post quarterly results on Aug. 17. Early signs are promising, with the company saying that same-store sales in July grew 9 per cent, compared with almost 7 per cent for the broader teen market segment.

All the listed stocks here, except one, have ARM scores above 50. The exception is Reitmans (Canada) Ltd. The Montreal-based company is regularly praised for its conservative management style, low debt and generous dividend, but it landed at the bottom of our screen with an ARM score of only 9. Interestingly, however, Reitmans also shows the largest Predicted Surprise score of the group, followed by Forzani Group and Abercrombie.

Reitmans' first-quarter results, released May 31, disappointed. It is scheduled to report next on Aug. 31.

Canadian retailers, which are preparing for a wave of new foreign stores coming to Canada, are not well represented on our list. Canadian Tire and Forzani join Reitmans as the only three Canadian-listed companies on the screen. 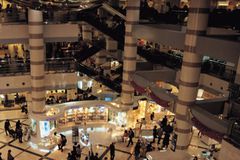 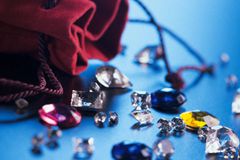 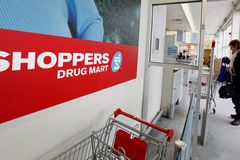