With the RRSP deadline looming, Canadians may consider turning to a loan to help them with a contribution.

But experts say caution is the best approach when borrowing money to invest for retirement.

"The easy out, when you didn't set up a monthly plan to save for an RRSP, is to do it with a loan," said John Kelleway, a director at wealth management firm HollisWealth.

"I wouldn't encourage it over the long term because you're paying interest charges on the borrowed utilities. It can easily become a habit every year."

Financial experts say stress over RRSP contributions can be avoided if they are made in small amounts budgeted throughout the year and not attempted in one lump sum before the March 3 deadline.

A survey released Thursday by CIBC found that while 56 per cent of Canadians recently polled say they plan on making a contribution to their RRSP or Tax-Free Savings Account (TFSA) this year, nearly two thirds of those potential contributors (64 per cent) admitted that they don't have the money to do so.

Meanwhile, 31 per cent of respondents said they put away money automatically in their RRSP throughout the year.

There are number of benefits to contributing to an RRSP, with one of the mains reasons being a bigger tax refund. For instance, if someone earns $50,000 a year, contributing $5,000 would drop their taxable income to $45,000.

RRSP contributions should be a priority for those who have incomes of $100,000 or more, are self-employed, or do not have a defined benefit or defined contribution pension plan through an employer, according to the experts.

It may also make sense to take out a loan for a contribution if, for example, someone gets an unexpected bonus at work one year, and it propels them into a higher tax bracket.

But for those in the lowest income bracket - under $43,953, according to the Canada Revenue Agency - there is no tax advantage in making an RRSP contribution, even if they have the contribution room.

Kelleway said it's important to remember that the bank collects interest on a loan so the tax refund, or savings, should be used to repay it as quickly as possible, ideally within a year.

Even though interest charges for an RRSP loan may be deductible for tax purposes in some cases, if too much time is taken to pay off the loan there is a risk they can add up to a greater amount than the tax refund.

"The better long-term effect is to budget for an RRSP and pay for it through your cash flow from your income," Kelleway said.

"That may take two or three years to get established. And it's easier said than done because you have to get used to the budget and have the discipline for it."

Investment adviser Shaun Darchiville echoed a similar warning, explaining that a bigger tax refund is attractive but taking out a loan means you'll be adding to debt.

And how you are able to manage that debt can vary depending on a person's financial stability.

"You should focus on your personal situation and assess what existing debt level you may already have" said Darchiville, who is with Desjardins Securities.

"Entering into a cycle where you continually add to debt to stay ahead, that's the danger to me."

Another risk is that people may feel they can spend a big tax refund because it's "free money" instead of being prudent and reinvesting it in their RRSP or another account.

If a loan was required for the RRSP, Darchiville recommends instead of using those funds for a high-risk investment, such as bonds or guaranteed investment certificates (GICs), which guarantee the principle while earning moderate interest.

Tom Hamza, president of the non-profit Investor Education Fund, said instead of taking out a loan, an alternative is to skip the RRSP contribution this year and resolve to get your finances in order.

"If you're scrambling to make a decision at this time on whether or not you should take out a loan, you're probably asking yourself the wrong question," says Hamza.

"You should really be asking yourself: 'Why am I doing this every year and why can't I stop?' Paying down debt may be more valuable to you in the long run." 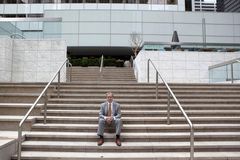 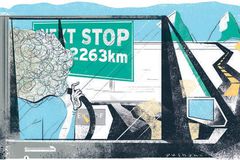 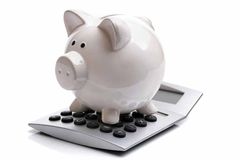 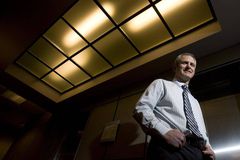