It's time to face the aging of Canada's work force, experts say. From offering partial retirement plans and accommodating elderly employees to dealing with discrimination claims from both old and young workers, there is a growing need for policies and processes in the greying labour market.

"There's a push and a pull keeping older workers on the job," says Kevin Banks, a professor of labour and employment law at Queen's University and director of the Centre for Law in the Contemporary Workplace at the Kingston school. "This is for real, it's only going to pick up speed and the issues are going to become more critical."

The abolition of mandatory retirement, combined with lifestyle preferences, the baby-boom wave and the downturn in the economy means that many older workers choose – or are forced – to remain on the job at least part-time, he notes. Employers, meanwhile, are realizing the benefits of hiring or retaining older employees for their skills and knowledge, especially as business picks up.

But employing older people raises myriad concerns, from determining whether they can competently do the work and re-engineering workplaces to accommodate physical limitations they may have to sorting out how to offer flexible hours and partial pensions to seniors in senior positions.

Some issues for governments to deal with in terms of policy include the portability and flexibility of pension plans, for example, to allow for partial retirement, Dr. Banks says. Companies, meanwhile, must meet the special needs of older staff, with flexible scheduling, ergonomic work stations and aids for those with agility, mobility, sight and hearing problems.

Early retirement incentives can be "tricky," he points out, weeding out or unfairly targeting older workers. It's important to have performance management systems that set out expectations and document shortcomings – although it can be difficult to have conversations with senior workers who don't meet the grade.

Junior employees, meanwhile, can get miffed at the time, attention and extra compensation given to their long-service colleagues, he warns. "Don't be surprised if your younger workers aren't as loyal."

Human rights codes require reasonable accommodations for older workers as long as they don't impose undue hardship on employers, says Heather Campbell, a Vancouver lawyer who focuses on older clients, about half of whom have workplace and pension complaints.

Issues include the fact that legislation allows for older workers to be terminated in jobs such as firefighting where there are "bona fide occupational requirements," she says. Others signed agreements years ago saying they'd retire by 65 that have been upheld, even though mandatory retirement has since been eliminated.

"There is tolerance of age discrimination in our society," Ms. Campbell says. "If we were looking at race or gender or pregnancy status, it would be clear that those agreements wouldn't be upheld."

She notes that this may change with the growing number of federal and provincial government guidelines and programs that encourage the recruitment, training and retention of older workers. While older people can require some flexibility – for example "sandwich generation" women caring for elderly parents and children – age-friendly workplaces will find such employees stable, creative and even technologically savvy.

"It really comes down to a cultural shift," Ms. Campbell says. "Laws and policies can help, but it's an attitude that's needed."

Michael Wolfson, Canada Research Chair in Population Health Modelling at the University of Ottawa, says the greying of the work force – and the critical issues to be faced because of it – have been obvious for 30 years or more.

Dr. Wolfson, former assistant chief statistician at Statistics Canada, says that in time-use surveys, respondents 65 and older put "paid work" as the No. 1 activity from which they derive satisfaction. And monthly labour-force surveys show that many seniors who leave employment soon return.

"There's a lot more turbulence in the retirement process, or the withdrawal from the labour market, than is commonly appreciated," says Dr. Wolfson, who has retired from the public service and at 65 is now employed full-time as a professor. "Work is much more than a source of income; it's a source of validation and it's a location where you can interact in a social milieu."

Instituting a system of phased retirement is critical, although "as a society we haven't been creative enough to come up with jobs at a middle and senior level that make sense to do on a part-time basis," Dr. Wolfson says, adding that working out the financial details is also complex. There are concerns that seniors' pensions and public old-age entitlements could be penalized if they remain on the job part-time, or that retirees could double-dip if they draw a pension and continue working.

Statistics Canada until recently had an alumni program, he explains, where retirees could work part-time alongside junior staff, imparting their expertise. They earned up to 30 per cent of their former salaries, while their pensions accounted for up to 70 per cent.

Dr. Banks says there should be a federal clearinghouse of programs and policies dealing with the aging work force for all types of businesses. Australia has centralized its efforts dealing with working seniors and offers subsidies to employers that make special accommodations for them, he notes.

There are a number of positive public policy implications of keeping older people on the job, Dr. Banks points out. Beyond having higher incomes, they are more social, have better health outcomes and continue to contribute to society.

"In the long run, we are facing a shrinking work force in Canada," he adds. "We're going to need people with their skills and experience."

Governments are responding to the aging work force with guidelines and programs that help older workers find and keep jobs. These include the Targeted Initiative for Older Workers, which helps unemployed older workers get back in the labour market, ThirdQuarter.ca, an online job forum to match older workers with businesses, and a Self-assessment tool that helps employers create age-friendly workplaces. The tool, a product of the federal/provincial/territorial ministers responsible for seniors forum, lists items for employers to check to see whether their businesses are attractive to older workers, including:

We know the age profile of our work force.

We have policies that recognize the diversity of all workers, including older workers.

We state in our job advertisements that we seek employees with extensive work experience and/or skills.

We place job ads where older workers are likely to see them.

We provide flexible training opportunities such as peer training/cross-mentorship between older and younger employees.

To help keep the skills of all employees, including older employees, up-to-date, we conduct a training needs assessment.

We show we value employees by regularly giving positive and constructive feedback. 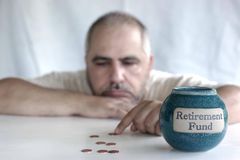 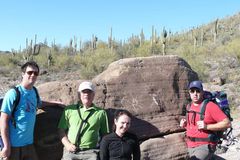 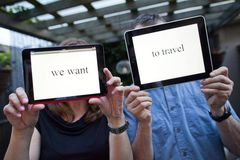 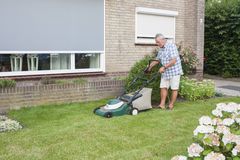 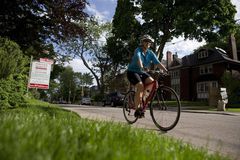 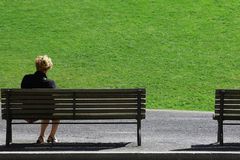