Tim Hague Sr. has tried to use his half of the prize money from winning the first Amazing Race Canada wisely.

"It went toward the house," says the 51-year-old married father of four. "It will be paid off in a couple of years, so that helps tremendously."

Mr. Hague, who was diagnosed with early onset Parkinson's disease in 2011, wants to get his financial house in order as quickly as he can. Although he remains in relatively good health, he's facing permanent disability leave from work as a registered nurse in Winnipeg.

"We're now putting as much as we can into our RRSPs to do our best to plan for the future," says Mr. Hague, an advocate for Parkinson's awareness.

Few Canadians imagine their retirement will be derailed by a degenerative neurological disease. Nonetheless, 500,000 Canadians find themselves facing similar challenges to Mr. Hague, suffering from the likes of Parkinson's, Alzheimer's and other degenerative illnesses, according to a Public Health Agency of Canada (PHAC) study, Mapping Connections: An understanding of neurological conditions in Canada. That figure is expected to double by 2031 as the population greys, the 2014 study found.

"This is a huge issue and a few things are at play," Ms. Micallef says. "For one, when planning for retirement, the thought that a neurological disease could be in their future is not something many people take into account."

When illness strikes, finances are often negatively affected. The federal study found, for instance, 35 per cent of individuals with a neurological condition reported a financial crisis in the past year.

"These are long illnesses," Ms. Micallef says, so finances often worsen as the disease progresses.

"It's really scary to … say, 'I'm dealing with something that is going to deteriorate, so what am I going to need?'"

Compounding those problems, many – like Mr. Hague – have their careers cut short. As a result, they may have less money to prepare for a future involving the higher costs associated with home or long-term care.

The expenses can be significant. Mapping Connections found 60 per cent of those with degenerative neurological illnesses pay a portion of drug costs, even though 85 per cent of those surveyed had drug insurance plans. Twenty per cent had annual out-of-pocket expenses associated with their diseases exceeding $1,000.

Even with sufficient savings in place, managing finances while cognitive abilities decline is challenging, says David Harvey, chief public policy and programs initiatives officer with the Alzheimer Society of Ontario.

It's best to start planning ahead as soon as possible. It generally involves basic retirement planning: developing a long-term income plan, preparing a will and stipulating power of attorney and desires for advanced care.

But that can be overwhelming for individuals already under considerable stress. "The challenge comes when clients are forced to make decisions about their care and estate plans when they are feeling less confident about their ability to make those decisions," says Jeff Stathopulos, a certified financial planner and portfolio manager with Scotia Wealth Management in Kelowna, B.C.

The longer that decisions are delayed, the more difficult it can become to make them, he adds.

In other instances, individuals are reluctant to hand over their finances because it signifies losing independence.

But the alternative is often worse: Individuals who wait too long to hand over control could have others – including the government – making the decisions for them, Mr. Harvey says.

Making matters trickier, the line between being financially capable and incapable is usually "blurry" because cognitive clarity often ebbs and flows. Mr. Harvey says it can be difficult to strike a balance between respecting people's independence and ensuring they don't make poor financial decisions: "It's very fluid, and financial institutions need to be cognizant."

The potential problems have already been grappled with by security regulators. The issue is increasingly on the radar, says Tyler Fleming, director of the Ontario Securities Commission Investor Office.

"As the population further ages, we can expect the issues around cognitive decline and the impact on one's finances to grow in importance," he said in an e-mail.

"We would advise considering managed solutions that don't require daily input: mutual funds, pooled funds or discretionary portfolios," he says. Those without a disease can plan ahead by considering critical illness and disability insurance, he adds.

The overarching message is: Prepare as much as possible while you still can.

"It really has the potential to be financially devastating," says Mr. Hague, whose fear isn't dying: "My concern is having a disability and not having the income to support myself and my family."

Long-distance caregivers of the elderly torn between two locations
May 16, 2018 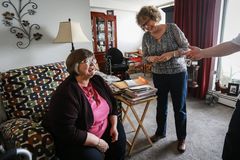 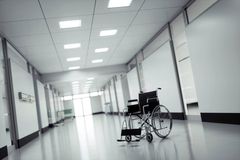 Men vulnerable to boredom, depression in retirement
May 15, 2018 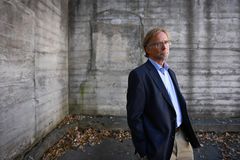