William and Julie own a mortgage-free home in a desirable location – "a small semi-detached on the lake, well-suited to retirement," Julie writes in an e-mail. They're wondering how long they can afford to live there.

She is 60, he is turning 65. They are self-employed and so have no work pensions.

Apart from their house, they have about $330,000 in their registered retirement savings plans invested in stocks and mutual funds. Julie gets $1,142 a month in Canada Pension Plan disability benefits plus another $300 a month from her home-based business.

William brings in about $1,500 a month doing occasional consulting. Because they are self-employed and work from home, they are able to deduct some of their living and travel expenses.

William plans to start collecting CPP and Old Age Security benefits in January, which will add another $1,370 a month to their income. Naturally, they are concerned about maintaining their standard of living when they finally quit working. They are already drawing on their savings.

"So far this year we have withdrawn $36,250 from our RRSPs because of medical expenses," Julie writes. Previous years' withdrawals have been $25,000 at most, she said. They live modestly, with their two biggest expenditures being travel and a car loan that will be paid off in January, 2020.

"Our first concern is how to maximize the amount of government money we are entitled to," Julie adds. She wonders if they might qualify for the guaranteed income supplement.

Their second question is whether to stay in their home until their RRSP funds run out then take out a reverse mortgage. Or would selling and renting be a better option?

For Julie and William, selling a home they like at this point would not be a purely financial decision, Mr. Henein says. They can afford to stay put until they're ready to move to an apartment. As well, their living costs will drop when their car loan is repaid, so it's more of a lifestyle decision for now.

Eventually, though, they may have to sell to maintain the lifestyle they want. "Their cash flow isn't the issue," Mr. Henein says. "Their issue is they are going to drain their portfolio." If they keep drawing $25,000 a year, for example, their savings will be depleted in 17 years or so. That assumes a 4-per-cent growth rate.

If he has not done so already, Mr. Henein suggests William apply for CPP and OAS benefits now because Service Canada can take up to six months to process a request.

A rough estimate shows that William and Julie are drawing down their savings to the tune of 5.4 per cent a year, the planner notes. To preserve their capital, they would have to earn that much on their portfolio. "The magic of making your money last as long as you do is by simply not drawing capital," Mr. Henein says.

The challenge of aligning the two is that financial markets are volatile and will not generate the same return every year, although the rate will likely average out over 10 years, he adds.

"The second issue is the risk they will need to take in a portfolio to generate that level of income." The typical asset allocation to generate a 5.5-per-cent rate of return is likely 60 per cent equities and 40 per cent in bonds. "This is more risk than I would recommend the couple take on given this is their only financial asset outside of their home."

William and Julie's home costs them less than $1,000 a month to maintain, so they wonder if it would be wise to sell and rent an apartment that would cost at least twice that much.

On the surface, this does not make sense, but the sale proceeds will generate a return, the planner says. "Being conservative, let's assume the home sells for $900,000. If they invest the proceeds in a conservative income portfolio, it could generate a 4-per-cent return or $3,000 a month, he says. Add this to William's consulting income and their government benefits and they would no longer need to withdraw money from their RRSPs.

Mr. Henein does not recommend they take out a reverse mortgage because this would mean they could not raise any further money from their home in future. As to qualifying for the guaranteed income supplement, their family income is above the $21,648 cutoff so they would not. Their OAS benefits will not be clawed back because their income is below the $73,000 threshold for individuals.

The problem: How long can they afford to stay in their well-located home?

The plan: They can afford to stay put for the time being, but at some point they will have to consider selling, investing the proceeds and renting to maintain the lifestyle they desire.

The payoff: Peace of mind.

For this couple, capital preservation is the name of the game 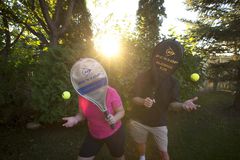 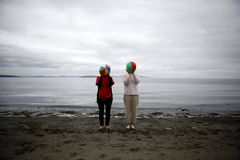 Laid-off couple: 'Can we retire now? Can we stay retired?' 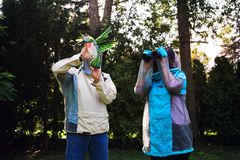