The retired 67-year-old math teacher from Sydney, N.S., is struggling to cover mortgage payments on his trailer park house along with mounting credit card debts. He has worked a number of short-term jobs since his retirement nine years ago – including as a construction worker, car salesman and security guard – and says he is planning to hunt for another job to help pay his bills.

"I'm in more debt that I've ever been in, and I'm worried about it," he says. "But worrying doesn't add a single second to your life."

Mr. Hines fits squarely into the baby boomer generation but, like so many others, he defies simple stereotypes of boomers as the privileged cohort that had first dibs on the best jobs, bought their houses before real estate prices soared and now have big pensions for retirement.

Many in their 50s and 60s today also have more debt than ever before and little by way of savings, which means many boomers can also be defined as a large group moving into their retirement years facing financial stress and a reduced standard of living. The result will be highly divergent retirement experiences.

According to data from Statistics Canada's 2012 Survey of Financial Security, 70 per cent of people aged 55 and 64 are still carrying debt, an increase from 61 per cent in 1999. Their average debt level climbed to $107,900 from $60,600 in 1999, even after adjustment to constant 2012 dollars. One-third still have mortgages, 38 per cent are carrying credit card debt and 29 per cent have vehicle loans.

Debt levels for people over 65 have climbed even more quickly, with 43 per cent indebted in 2012 compared to just 27 per cent in 1999, while average debt for seniors almost doubled to $61,700 from $31,800. A recent Ontario study by bankruptcy trustee firm Hoyes Michalos & Associates showed people over 60 are the fastest growing age category for insolvencies.

Laurie Campbell, CEO of Toronto-based credit counselling service Credit Canada Debt Solutions, says a key reason many boomers have more debt than their parents' generation is that more are supporting their adult children and even grandchildren for longer. But 26 per cent of her firm's clients over age 60 are still paying off mortgages – with an average outstanding balance of $199,000. She feels the boomer generation has a more casual attitude toward debt. "The generation before the boomers were all about saving until you can afford to buy it, and then you buy it," she says. "Boomers have this 'I'm going to live forever, I'm still hip and cool even though I'm 55' attitude. … It's almost like baby boomers think they are perpetually young."

Hand-in-hand with debt problems, many in the boomer generation are also not saving well for retirement.

A 10-year survey of 12,000 Canadians by polling firm Ipsos Reid asked people how much money they believe they need to save for retirement, and how close they are to their goals. While people may not always have an accurate picture of their savings needs, the results are nonetheless startling.

Ipsos Reid vice-president Michael Hsu says that widespread worry demonstrates that many boomers are aware their financial situation is not good enough, but they can't afford to save more.

"Some people have to make the difficult choice – I have mortgage debt, I have to put food on the table, I have to pay bills," he says. "After that, some people may not be able to save for retirement, not because they don't want to but because they can't."

The encouraging news for many boomers is that assets – primarily their home values – have climbed over the past decade, cushioning the impact of higher debts. The result is that net worth has increased to a median of $533,600 for families headed by people aged 55 to 64, Statistics Canada data show, up significantly from $354,200 in 1999.

But Ms. Campbell says it is not necessarily easy for people to cover monthly debt payments just because their house is more valuable, since most won't sell their house to pay monthly bills. And while debt is a guaranteed obligation, a valuable house is an uncertain gain until it is sold.

"Until you sell that home, it's not a realized asset, and who knows where the market is going to head in five or 10 years," she says.

Prof. Wolfson says house price gains are also uneven across the country, and many boomers fall outside of the national wealth averages.

"Some boomers are going to be in great shape if you bought a house 40 years ago in downtown Toronto. But if you're in Saskatoon or Corner Brook, your house isn't worth that much," he says.

Ms. Campbell says too many boomers she sees at Credit Canada say their retirement strategies boil down to a plan to keep working as long as necessary to pay the bills. But those plans can end up overturned by job loss or unexpected health problems.

Others with high debts end up working far longer than they prefer. While statistics show rising retirement ages and increased workforce participation for those in their 60s, she believes the trend is not always due to voluntary choice.

"There's no doubt in my mind that there are many people out there in their late 60s who are working and don't want to be working."

In Nova Scotia, Mr. Hines is heading back to work out of necessity in his late 60s, and wishes he could go back in time and tell his younger self to save more.

"When I was 50, I was of the opinion that money is flowing in pretty good, and we got into sail boating, and the bigger the better," he says. "You waste money and take trips, and you figure the income is always going to be there. And it's not going to be there. There's a big collapse." 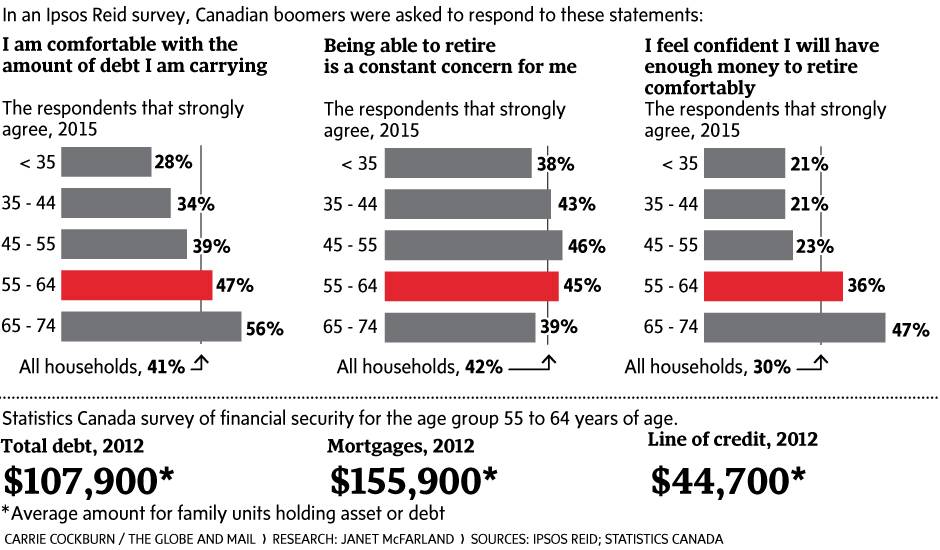 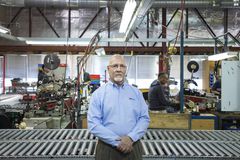 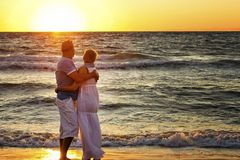 Canada’s oldest towns offer lessons for an aging nation
November 8, 2015
Follow Janet McFarland on Twitter @JMcFarlandGlobe
Report an error Editorial code of conduct
Due to technical reasons, we have temporarily removed commenting from our articles. We hope to have this fixed soon. Thank you for your patience. If you are looking to give feedback on our new site, please send it along to feedback@globeandmail.com. If you want to write a letter to the editor, please forward to letters@globeandmail.com.
Comments