As a performance artist, Louise is apprehensive about how much longer she can keep at it. She'll be turning 60 soon, and the nature of her work is "very physical," she writes in an e-mail. "I had a health issue last year that made me seriously doubt if I could continue to work at the pace I do," she adds. She's self-employed, grosses an average of $93,000 a year and has no work pension.

Casting a pall over Louise's ambitions are the meagre returns on her investments, mainly mutual funds with high management-expense ratios. A 10-year review of her brokerage account "revealed that I have netted almost nothing over the last decade," Louise writes.

"Am I close enough financially to retirement security to be able to pull back over the next few years?" Louise asks.

We asked Josh Miszk, vice-president of investments at Invisor.ca of Oakville, Ont., to look at Louise's situation. Mr. Miszk holds the chartered financial analyst (CFA) designation, as well as the certified financial planner (CFP). Invisor.ca is an online portfolio manager or robo-adviser.

Louise has been with her adviser for 10 years and has had a net return on her investments of only $1,500 after paying fees of $25,000 (about 2.5 per cent annually), Mr. Miszk says. "Unfortunately, this situation is all too common in Canada."

Like many investors, Louise is risk-averse. But she needs to take enough risk to reach her goals, he says. "The bigger risk is not taking enough risk and falling short of your goals."

Louise would benefit from having another adviser look after her investments, he adds. "Ten years ago, there were not many options for finding lower-cost investment advice. Today, you can get solid advice and investment management for as low as 0.7 per cent per year."

Next, he looks at Louise's retirement goals. She expects to receive $15,240 a year in Canada Pension Plan and Old Age Security benefits at 65. To retire at 65 with a $42,000 after-tax income in today's dollars, she'll need about $35,000 a year from her investments, Mr. Miszk says. To spend $75,000 on a car, cabin and home renovations, Louise will need about $620,000 in investments. In his forecast, the planner used a 5 per cent rate of return and a 2 per cent rate of inflation. He assumed the income would last until Louise was 85.

"Given the fact that Louise currently has about $240,000 and only five years until she is 65, this target is unattainable," the planner says. At the most, she can save $13,140 after all expenses in a given year. If Louise were to save every last cent of her disposable income to her RRSP in the next five years, she would have about $440,000.

So, what are the alternatives? She could lower her retirement spending target. If she dropped it to $30,000 after tax, she would need to save $380,000. This would allow her to cut her work schedule to 80 per cent once the mortgage is paid off in two-and-a-half years.

Or she could retire later. By retiring at 69 and postponing CPP and OAS, expected annual income from government benefits will be about $4,500 higher. This would allow Louise to work about 80 per cent of the hours once the mortgage is paid off and retire with her desired income at 69. The new savings target would be about $475,000 at the age of 69.

The third and best alternative for Louise would be to forgo the cabin unless her financial picture improves significantly, Mr. Miszk says. She could borrow against the equity in her condo to finance the car purchase and home renovations. This would lower the saving goal to about $545,000 – still unattainable at 65. But if she retired at 67, the need would be $470,000 and within reach, even if she reduced her workload to 80 per cent from the ages of 65 to 67. Not only would she be postponing CPP and OAS for a few years, but she would be adding to her investments.

Because her income will be lower when she retires, Louise should "max out" her RRSP contributions, he says. She could move her roughly $55,000 in non-registered investments to her RRSP, generating a tax refund of up to $16,000, which could then be invested next year.

The problem: Investments that have earned next to nothing, and figuring out whether she can retire in five years, renovate her house and build a cabin.

The plan: Fire the adviser and invest in a low-cost portfolio of 60 per cent fixed income and 40 per cent equities. Save as much as possible. Forget about the cabin.

The payoff: A more realistic view of what is possible and how to achieve it. This woman has almost paid off her mortgage – how should she use the extra cash?
February 24, 2017 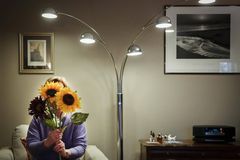 Three years later, another look at one couple’s phased retirement plan
February 17, 2017
Follow us on Twitter @globeandmail Opens in a new window
Report an error Editorial code of conduct
Due to technical reasons, we have temporarily removed commenting from our articles. We hope to have this fixed soon. Thank you for your patience. If you are looking to give feedback on our new site, please send it along to feedback@globeandmail.com. If you want to write a letter to the editor, please forward to letters@globeandmail.com.
Comments