Robots now perform brain surgery, vacuum the living room, book the family vacation and soon may drive our cars, so why not use a robo-adviser to manage a financial portfolio?

Chris Nicola thinks it's an idea whose time has definitely come. The 35-year-old Vancouver web developer has been working with the financial sector since he was 14, helping his family's wealth management company with its tech needs.

He's about to launch WealthBar, one of several computer-assisted financial management companies that have sprouted in Canada this year.

"Our official launch is Nov. 3," says Mr. Nicola, who has been running the site in beta during the summer. He says he has been testing the site with about a dozen clients and has a list of about 800 additional people who have asked to be notified when WealthBar is up and running next month.

In addition to Mr. Nicola's company, Canada's financial scene – and the Internet – has seen the arrival of robo-competitors, most with compound names. They include Wealthsimple, Nest Wealth, Smart Money Capital Management and ShareOwner.

Robo-advisers are not necessarily 100-per-cent robotic, admits Mr. Nicola. But they are geared toward do-it-yourself investors who want minimal interaction with human financial advisers, as well as lower fees.

Mr. Nicola says his target customers tend to be millennial generation investors who are so comfortable with technology that they do pretty much every type of interaction in their lives online. "For them it's almost an imperative. They don't want to have to go into a bank and sign papers," he says.

He finds another growing sector for robo-advice is aging baby boomers. "We've had a lot of people who have been taking the do-it-yourself route for a long time. They're sort of at retirement age and they're coming to us because they'd now like a more managed approach and the price is right."

Robo-advisers are not the same as online discount brokerage sites run by the big banks.

"A discount broker is technically not allowed to advise the clients, who have to make all their own decisions. We are a fully licensed portfolio manager, so we can advise the client on everything from personal financial matters to their specific asset allocation," Mr. Nicola says.

"What we want to do is provide a more efficient financial advisory relationship," he adds. Mr. Nicola's wife, Tea Nicola, a financial planner, will work directly with WealthBar's clients who want more than a robot.

For one thing, U.S. robo-advisers have been in business longer and are larger. Together they manage $4-billion (U.S.) in assets, according to Boston-based consulting firm Aite Group. Admittedly that's a small portion of the $17-billion under management south of the border, but it's growing fast; Wealthfront, launched less than three years ago, already manages $1.2-billion .

Another selling point for robo-advisers is that they will take on clients with small portfolios to get started in the investment world. Discount brokers offering no advice will do this too, but robo-advisers typically provide their clients with a menu of ETFs, so at least there's a bit of guidance.

ShareOwner, for example, lets clients select one of its five model portfolios, or create their own from a list of nearly 50 ETFs. It will also automatically rebalance a portfolio if it moves up or down beyond a certain threshold chosen by the investor.

Mr. Nicola says that because securities regulations in Canada are slightly different than in the United States, Canadian robo-advisers also tend to offer more hands-on advisory services than their U.S. counterparts, which can be really stripped down.

In both countries, though, the services aim toward do-it-yourselfers by offering minimal face time – and lower fees.

"Our fees start at 60 basis points (0.6 per cent)," Mr. Nicola says. He compares this with a typical full-service brokerage fees that usually start at 1.5 per cent and veer upward to around 2 per cent.

"For people investing over half a million dollars we can offer fees of only 35 basis points (0.35 per cent). That's even less than a high net worth adviser would charge," he says. In the United States, robo-fees can be as low as 0.15 per cent of annual assets.

Robo-advisers keep their own costs low, Mr. Nicola says. "There can be human interaction, but we're not playing golf with our clients or taking them out to dinner."

He believes the industry is seeing only the beginning of a trend toward more and more automated investing.

"I don't mind the term because it's an easy way to understand it," he says.

"We're at the forefront – the more we can leverage technology and provide advice, the better results we're going to see." 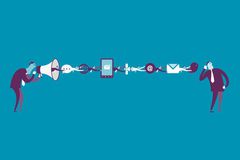 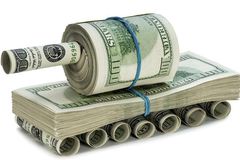 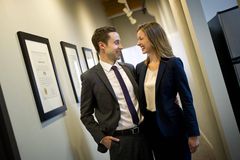 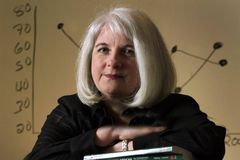 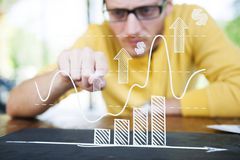 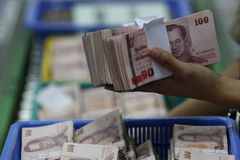 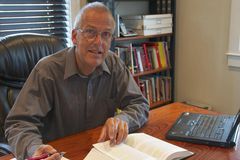