In her days at the helm of magazine Today's Parent, Sandra Martin hated replying to readers who contacted her when, from time to time, she did not know where to find a tea cozy or a sweater they had seen in her glossy's pages. On her newest project, the editor-in-chief of a magazine launching soon will not have that problem. The answer will always be the same: Wal-Mart.

In April, Rogers will launch Walmart Live Better, a new 100-page glossy magazine that will be published six times a year, in collaboration with Wal-Mart Canada Corp.

The magazine will have a circulation of one million copies, distributed in Wal-Mart's Supercentres across English Canada (French-language distribution is planned within the year.)

The strategy is for the publication to read like other Rogers magazines such as Chatelaine, with sections about food, lifestyle tips, and health and beauty. But unlike regular consumer magazines, everything readers see in its pages will be available for purchase at Wal-Mart's stores. Even the editor's photo in each issue will have Ms. Martin decked out in clothing from the store's George line.

Walmart Live Better is the latest in a fast-growing category of branded editorial content. The Liquor Control Board of Ontario (LCBO) publishes the lush-looking Food & Drink as part of its marketing to customers in the province. Glow, the beauty magazine published by Shoppers Drug Mart Corp., has become so established that it has won gold for its photography at the National Magazine Awards. Two years ago, Canadian Tire Corp. Ltd. launched Driver Magazine. U.S. retailer Forever 21 has launched its own fashion title. Wal-Mart has also waded into this space: The U.K. grocery chain it owns, ASDA, has its own monthly.

"Flyers do a fantastic job, but it's layering on another level – there's so much information out there, consumers are saying, 'help me navigate my way through it, and talk to me the way I'd like to be talked to,'" said Emma Fox, chief marketing officer for Wal-Mart Canada.

This type of content also represents a massive shift for media companies, as they have watched their revenues flow away from the traditional ads they offer – whether broadcast spots, print ads, online banners, or other items – to branded content. That can be a branded segment within a TV show or advertorials in print; or a stand-alone branded product like these magazines. Rogers Media has also produced Canada's Best Beauty Talent, a Web series funded by L'Oréal Canada and featuring the companies brands integrated in the show.

"Over the last two years, that trend of [chief marketing officers] spending media dollars outside of traditional media, has been growing," said Jacqueline Loch, vice-president of content solutions for Rogers Media. "It has grown from a side business to us really realizing it's an absolute growth strategy. It's where a large percentage of marketing dollars are shifting to. ... This is becoming the norm. It's changed the media model."

The magazine will be targeted at moms, who are Wal-Mart's core shopping segment. The idea for the magazine was developed by Wal-Mart along with its advertising and media agencies, JWT Toronto and Mindshare Canada, in partnership with Rogers.

"Marketers are being forced to move beyond price and product, and into storytelling," Ms. Loch said. "How do I use the product? What's it going to do for me? As soon as you can start talking to a customer as a person instead of talking at them as a manufacturer, that makes a real difference."

The free-shipping fray makes its way to Canada
December 5, 2012 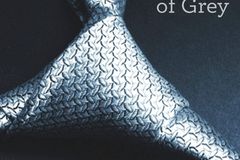 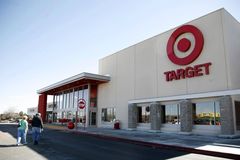