Bank of N.S. scooped up one of the few large independent fund managers left in Canada, striking a deal to pay $2.3-billion for full ownership of family-controlled DundeeWealth Inc.

In coughing up cash and shares to gain the 82 per cent of the company it did not already own, Scotiabank has immediately elevated its status as a player in the wealth management sector, while putting to rest the long-running rumours about DundeeWealth's future.

Since becoming chief executive officer of Scotiabank in 2003, Rick Waugh has put major emphasis on catching up to bank rivals with larger wealth management divisions, such as Royal Bank of Canada and Toronto-Dominion Bank. In 2007, the bank became DundeeWealth's largest external shareholder as part of a larger deal that saw it also take over Dundee's troubled banking unit. This fall, the bank reorganized its operations and created a fourth arm called Scotia Asset Management that includes its mutual fund businesses.

While Mr. Waugh made no secret about his desire to own more of DundeeWealth, there were few signs a full-blown takeover was in the works.

Any deal rested on the willingness of the Goodman family, which controlled the asset management firm, to sell. On Monday, the family said the time was right.

"This is a great way to start our new fourth business line," Mr. Waugh told analysts on a conference call Monday. "We have enjoyed a long and very successful relationship with both Dundee Corporation and DundeeWealth and there is a clear strategic alignment between our businesses."

The deal is set against a backdrop of events that offer some insight into how it all came together. Sources say Ned Goodman, controlling shareholder of Dundee Corp., which owns 48 per cent of DundeeWealth, was looking to cash in on the powerful money manager he has built from the ground up. Meanwhile, CI Financial Corp. was circling the playing field, sources say. (Scotiabank also owns 37 per cent of CI, which it acquired from Sun Life Financial in 2008.)

Yet Scotia had a wrinkle in its plans. The bank had signed a shareholder agreement with DundeeWealth that precluded it from offering to own more than 20 per cent unless a competing bid was put forward, after which it would have five days to respond.

Although CI seemed like a natural bidder for DundeeWealth - and had tried to buy the company before - Mr. Waugh denied that there was any competing bid that forced his bank into the deal. "This was a negotiated deal between DundeeWealth and ourselves … the result of discussions over a long period of time," he said. "It was not a triggering of that agreement."

Still, some observers pointed to signs that the deal was put together hastily, such as the fact that many vital details - such as plans for retention of key staff, and how Dundee's financial products will be sold through Scotiabank's branches - still need to be worked out.

Regardless of how the bid came together, Scotia is acquiring one of Canada's largest fund managers run by David and Ned Goodman, whom Mr. Waugh referred to as "an icon for sound value investors." Ned Goodman has already agreed to support the transaction and, after the merger, David Goodman will remain as DundeeWealth's president and CEO, heading the firm's investment management activities as well as its sales and distribution platforms.

The combined operations will have $55-billion in mutual fund assets. Taken together, DundeeWealth's Dynamic Funds and Scotia Funds have increased their assets by 27 per cent in the past year. That compares with an industry average of 13.2 per cent, said Chris Hodgson, group head of Scotiabank Global Wealth Management.

At $21 a share, the transaction values DundeeWealth at $3.2-billion. That represents a 17-per-cent premium on the average trading price of Dundee's shares over the past three weeks. Of that share price, $13.50 will be paid using Scotiabank common shares, while an additional $5 will come from the bank's preferred shares or cash, resulting in the $18.50 Scotia is paying.

An additional $2 special dividend will be paid to DundeeWealth's shareholders out of its existing cash balance. The final 50 cents will be delivered in the form of shares of Dundee Capital Markets, which will be spun out from Dundee prior to the closing.

The transaction has no material impact on Scotia's capital ratios, Mr. Waugh said.

While some analysts question whether the deal with DundeeWealth means Scotiabank no longer has the appetite or wherewithal to consider buying more of CI at some point, Mr. Hodgson suggested there is no clear plan at this point. "I wouldn't read too much into this in terms of where we may go next," Mr. Hodgson said. "We've looked at different scenarios. We felt at this point in time this was absolutely the best move for us, but I will also say to you that we're able to keep options open and we have a very strong relationship with the CI group."

Analyst John Aiken at Barclays Capital noted that the deal came more quickly than Bay Street was expecting. "While the ultimate acquisition was largely viewed as an inevitability by the market, the transaction occurred sooner than we were expecting," Mr. Aiken said in a research note. He noted that the deal will not likely boost earnings in the first year, but added, "We believe that it is a very good acquisition."

Scotiabank began expanding its wealth management operations in 2007, when it bought the online brokerage TradeFreedom Securities Inc., which was soon followed by the purchase of Dundee Bank and its original stake in DundeeWealth. Around the same time, Scotiabank quietly began building an international wealth management business and a year later it paid $2.3-billion for a stake in CI Financial.

It's all about DundeeWealth's people
November 22, 2010 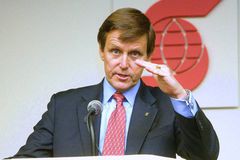 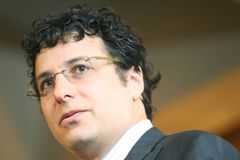 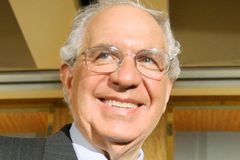 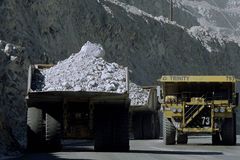