Toronto businessman Weizhen Tang, who describes himself as the "Chinese Warren Buffett", struck a defiant tone Monday as his fraud trial began in a Toronto court.

"I did nothing wrong," Mr. Tang told reporters during a break Monday. "I feel very confident." He added that he had committed "anti-fraud" by giving money to investors "not taking it away".

Mr. Tang is accused of allegedly using his Toronto-based investment fund, Oversea Chinese Fund, as a "ponzi" scheme after $30-million went missing in 2009. The Ontario Securities Commission shut down the fund and charged Mr. Tang with securities fraud. The U.S. Securities and Exchange Commission also investigated Mr. Tang who briefly left for China before a criminal fraud charge was filed by Toronto police. Mr. Tang returned to Canada and has been waging a fierce attack against the OSC and Crown counsel ever since. He even ran for mayor of Toronto, making the case a big part of his campaign.

On Monday, Mr. Tang kept up his determined outlook, saying the OSC has found nothing and that he will be cleared. "I am a confident man," he said with a smile.

The trial began with jury selection Monday and is expected to last up to six weeks. Mr. Tang is representing himself with the help of an interpreter and a court appointed legal advisor.

The case is big news in the Chinese Canadian community and several media from Chinese language outlets were in court. 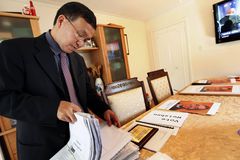 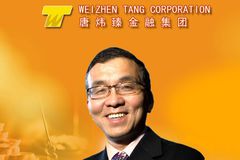 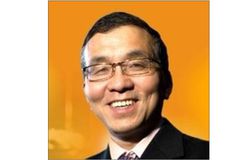