South African President Jacob Zuma was beaming with pride and gratitude as he arrived in China Wednesday to become the first African leader at the world's most powerful club of emerging-market nations.

"Africa is moving away from the margins," Mr. Zuma announced as he prepared for his debut today at a summit of the BRIC nations: Brazil, Russia, India and China. "We are playing our role among the powerful emerging economies. … It is a historic moment for South Africa."

Mr. Zuma could scarcely conceal his exuberance as he expressed his gratitude to the Chinese leaders who had invited South Africa to join the BRIC group. But his presence at the summit is as much about politics as it is business. The club that invited him is increasingly positioning itself as a counterweight to the Western economies, and it needed to recruit an African member, no matter how small it might be on the global stage.

Economically, the BRIC group is already a success. The BRIC economies have grown so dramatically in the past few years that they could overtake the combined size of the G7 nations - the Western-dominated group of economies - within the next decade. Two of the four BRIC founders, China and Brazil, are now ranked among the world's five biggest economies, with China overtaking Japan last year to rank behind only the United States in size.

Why, then, did they invite the world's 27th-biggest economy to join their club? Jim O'Neill, the Goldman Sachs economist who coined the "BRIC" term in a 2001 research paper, said he is baffled by the decision to invite South Africa into the group. Other countries in the emerging world - including Indonesia, Mexico, Turkey and South Korea - are much bigger than South Africa, he noted. "It is tough to see how South Africa matches up to these four countries, never mind the BRIC countries," he wrote in an early assessment.

While BRIC was originally just an economist's catchy acronym for the biggest and fastest-growing of the emerging economies, it evolved into a formal club in 2009 when its first summit was held in Russia. New members must be invited by the existing members, but none was invited until South Africa this year. Its summits are primarily devoted to trade issues, financial reform, development, and the global economic and political situation.

South Africa's economy is a tiny fraction of the size of the other BRIC members. Its gross domestic product of about $350-billion (U.S.) is barely one-fifth of the GDP of Russia, the smallest economy in the original group. In fact, its GDP is only slightly bigger than China's sixth-richest province. Its population is only a third as big as Russia's, and its economic growth - just 3 per cent last year - is far weaker than the other BRIC members.

But the recruitment of South Africa is not about economic logic. The BRIC group, now renamed BRICS to reflect South Africa's membership, has made little secret of its political agenda. At its summits since its creation in 2009, its leaders have emphasized the need for a "multipolar" or "polycentric" world - a euphemism for a world in which the United States is not the sole superpower. It's an agenda that South Africa has eagerly embraced.

"BRIC is a political voice for emerging markets," said Mohau Pheko, the South African high commissioner to Canada, in a statement published by the South African Foreign Ministry. The group represents "the aspirations of those previously disempowered nations who need to protect their development space," she said.

Mr. Zuma travelled to each of the BRIC member nations last year, lobbying for membership in their club. Significantly, it was China that ultimately invited South Africa to join. China's influence in Africa is rapidly growing, and it has become the biggest trading partner of many African countries, including South Africa. By recruiting the biggest African economy into the BRIC club, China will further bolster its influence on the continent.

The BRIC founders are hoping that South Africa will become a gateway into the rest of Africa - a notion that the South Africans have been happy to encourage. South Africa's Foreign Minister, Maite Nkoana-Mashabane, has boasted that her country will "speak for Africa as a whole" when it joins the BRIC group.

Indeed, the combined economy of all the African nations, with a population of a billion people, is as large as some BRIC members. The total economy of sub-Saharan Africa has tripled in size over the past decade. "We believe that the continent, in aggregate, has similar potential to Brazil or Russia," Mr. O'Neill said.

But there's a key problem with this ambition: Africa is notoriously divided, with little economic or political integration. Many African countries perceive South Africa as arrogant and elitist, and far from being the "representative" of the continent. South Africa has only one-third of the population of Nigeria, for example, which has vast oil wealth and faster projected growth, and could overtake South Africa as the biggest African economy.

South Africa's real strength is its corporate sector. Many of its biggest companies are multinationals with investments across Africa, especially in the banking and mining sectors. If it can build on this strength and increase its regional integration in southern Africa, it could play a bigger role in the new BRICS grouping.

"The BRICS club will increasingly take on a political form," said a commentary by Frontier Advisory, a Johannesburg-based research firm that specializes in emerging markets. "As the BRICS summits become more institutionalized, it could well become a counterweight to established Western interests: the B5 versus the G7." 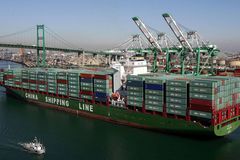